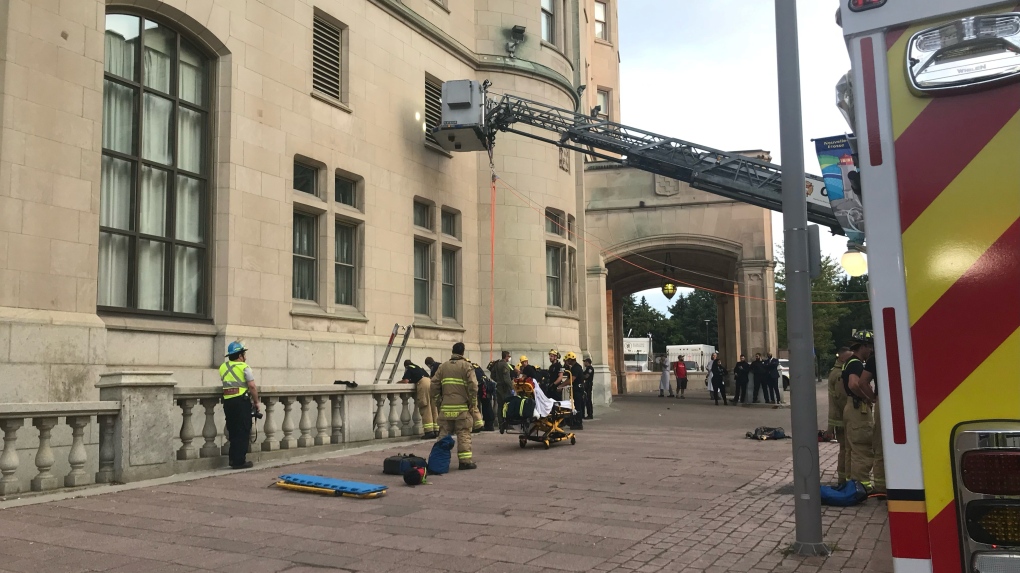 Ottawa firefighters helped rescue a man who fell into a ditch at Chateau Laurier Tuesday morning.

Ambulance personnel from Ottawa had called the rescue team for help about 5:35 a.m. because the man was about 3 meters down.

He was lifted from the ditch at 6:23 a.m., Ottawa Fire said in a press release.

Ottawa ambulance personnel said he injured his leg but refused to go to hospital.

Rope rescue teams were also called to help on Sunday for two window cleaners who were trapped 10 stories high at a high-rise building near Merivale and Viewmount when their swing lost power.