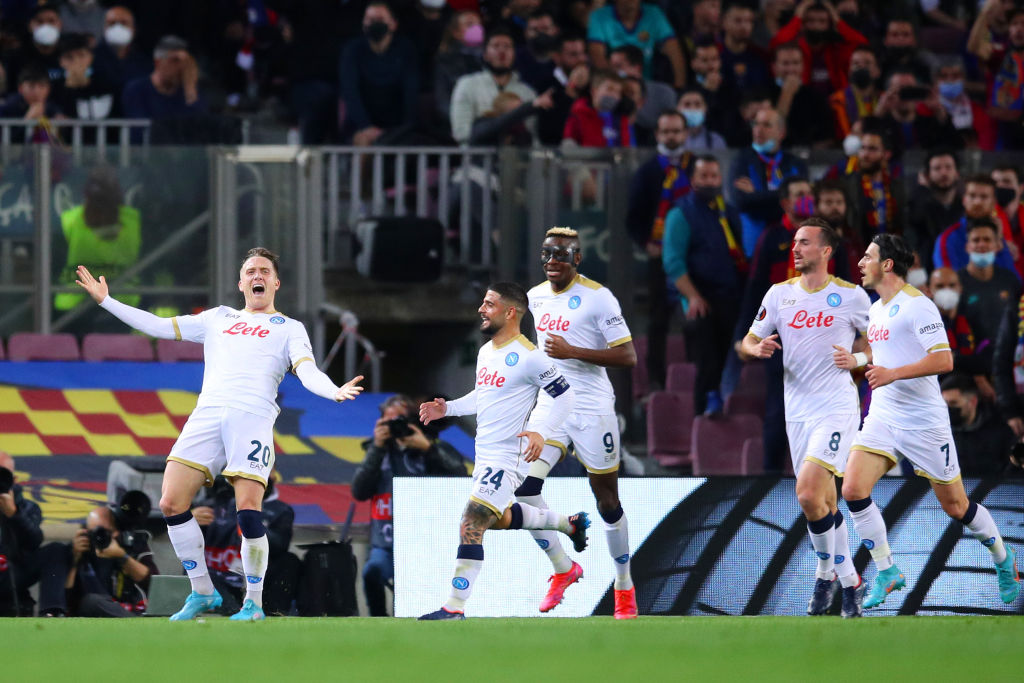 The report in the Italian news channel claimed Premier League clubs Manchester United and Newcastle United are the frontrunners for the £112,000-a-week star (SalarySport).

Napoli is willing to sell the 23-year-old for 100 million euros, according to the report.

We believe Manchester United are ahead of Newcastle United in the race for Napoli striker Osimhen.

Yes, Newcastle have reportedly already been in touch regarding a summer move and PIF its wealthy owners, but Manchester United are one of the biggest clubs in the world and are a global brand.

Playing for the Red Devils could be very tempting for Osimhen, who would also get the chance to play alongside the legendary Cristiano Ronaldo at Old Trafford.

If – and that is a big if – Newcastle are able to secure Osimhen’s services, then in our view that would be a major coup.

The No. 9 Naples has scored 13 goals this season and provided two assists in 22 Serie A starts and scored four goals in three Europa League starts.