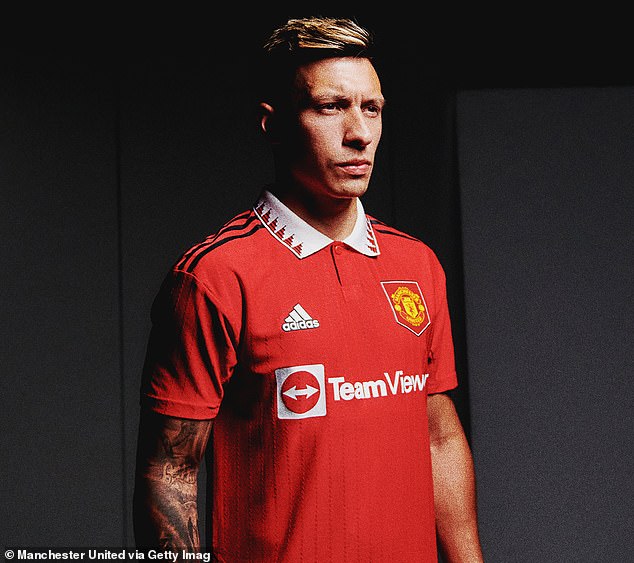 Manchester United have completed the £55 million move of Lisandro Martinez from Ajax to continue their summer rebuilding under Erik ten Hag.

Ten Hag had focused on a new central defender in this transfer period and has worked with the Argentine international for the past three seasons at Ajax.

United and Ajax quickly agreed on the £55 million fee earlier in July and Martinez has signed a five-year contract worth £120,000 a week with an option for an additional year. 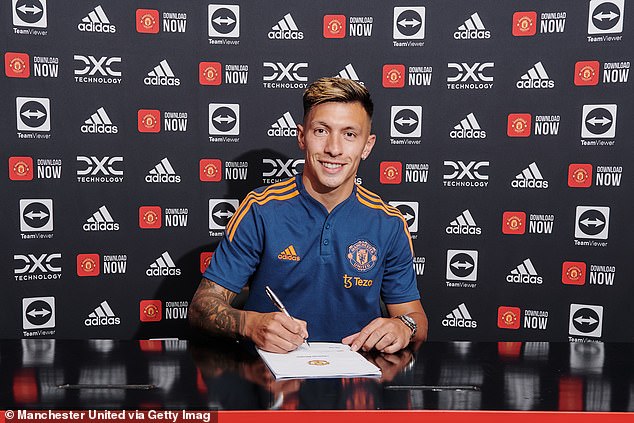 United will pay an initial £46.8million plus £8.5million in add-ons, making Martinez the second most expensive defender in the club’s history after Harry Maguire.

Martinez described his participation in the Red Devils as an honor and he believes United can become a major force under Ten Hag.

“It is an honor to join this great football club,” he said. “I’ve worked so hard to get to this moment and now that I’m here I’m going to push myself even further.

“I’ve been lucky enough to be part of successful teams in my career and that’s what I want to continue at Manchester United. There will be a lot of work to get to that point, but I’m confident we can do it under this manager and coaches, and together with my new teammates. 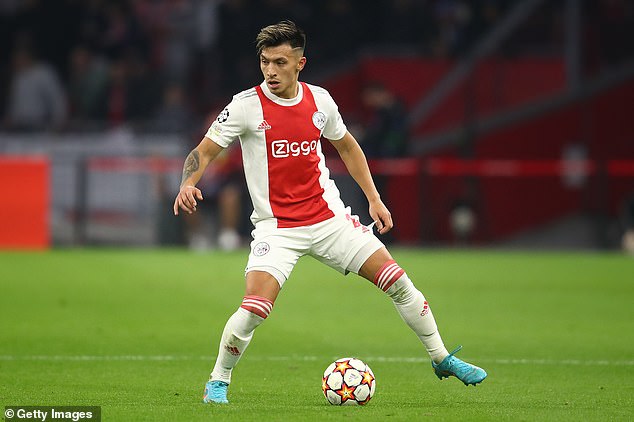 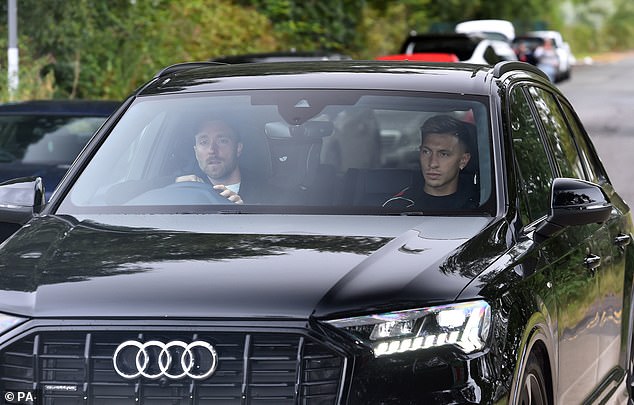 ‘I want to thank Ajax and their fans for all the support they have given me. I had an incredible time there, but I feel the time is right to test myself in a different environment. Now I’m at the perfect club to do that.”

A club statement from United read: “Manchester United are pleased to announce that the club has reached an agreement with Ajax on the transfer of Argentine international defender Lisandro Martinez, subject to medical treatment, finalization of player conditions and UK visa requirements .’

Martinez’s announcement comes after the defender was seen arriving at the club’s Carrington training ground on Tuesday, having been driven in by fellow summer signing Christian Eriksen in a 4×4 Audi.

The night before, Martinez had also been spotted in Manchester city center at the Italian restaurant Don Giovanni with his girlfriend Muri Lopez and staying at the nearby five-star Lowry hotel. 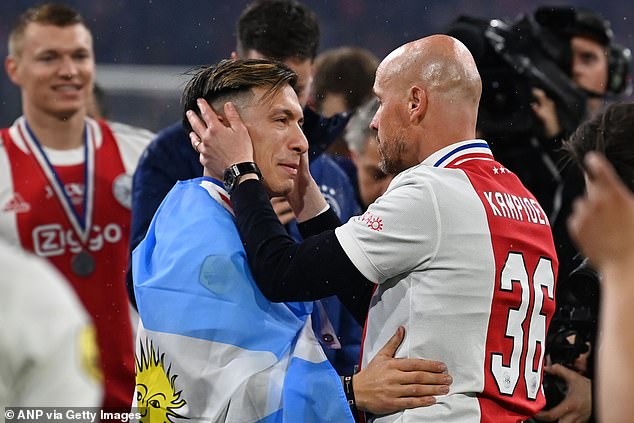 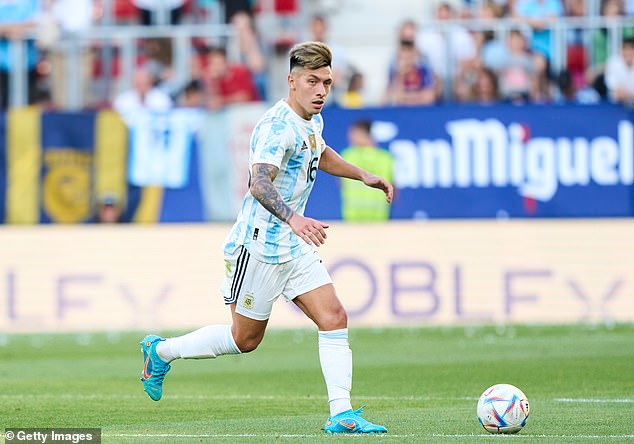 Martinez is the club’s third summer signing, having captured left-back Tyrell Malacia from Feyenoord earlier in July, while playmaker Christian Eriksen joined from Brentford after his six-month contract expired.

Ten Hag hopes Martinez can help improve a defense that conceded the second most in the top 10 of the Premier League last season with 57 goals.

The 24-year-old arrives with huge promise to help United find winning ways again after a torrid campaign by the Red Devils last season, where they scraped to sixth place and a Europa League spot under interim manager Ralf Rangnick after the early season resignation of Ole Gunnar Solskajer.

Last season, Martinez won the Ajax Player of the Year award and this season is expected to be seen as first-choice alongside club captain Maguire. 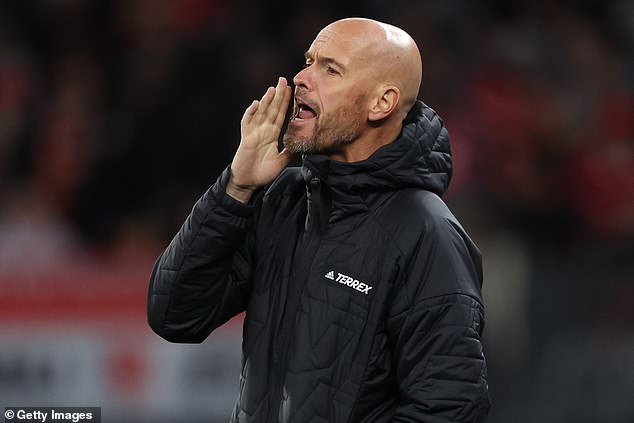 Martinez’s move comes after Ten Hag missed a new Ajax star in Jurrien Timber, who chose to stay with the Dutch champions to increase his chances of securing playing time ahead of the Dutch World Cup campaign in Qatar this winter.

Ajax has drastically increased the asking price for the much sought-after winger to avert United’s interest.

Ten Hag is interested in bringing the Brazilian star to Old Trafford this summer, but the Dutch side have increased their fee request from £68m to £84m to underline that he is not for sale.

Arsenal were also interested in Martinez, but United acted quickly to grab the defender, who can also play in midfield, when his interest in playing in the Premier League became known.

While United are not short on centre-backs, Martinez, whose tough physical approach has earned him the nickname ‘Butcher of Amsterdam’, has a left-footed style that makes him unique to a pool of defenders including Raphael Varane, Victor Lindelof and Maguire, who will be under pressure to perform after a poor season last season.

In addition, Eric Bailly, Phil Jones and Axel Tuanzebe also remain in the books at Old Trafford, but it is clear that the club is ready to listen to offers for the trio. 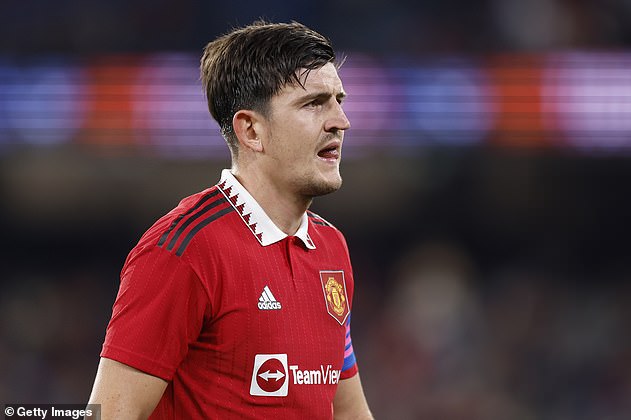 Martinez is now the second most expensive defender in United history, behind Harry Maguire