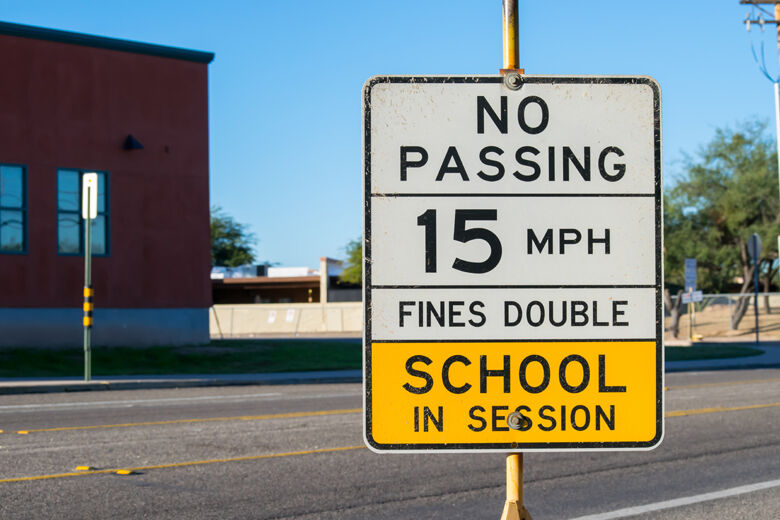 According to a new report from traffic analysis company INRIX, many drivers in the district drive through school zones and ignore signs to slow down.

According to a new report from traffic analysis company INRIX, many drivers in the district drive through school zones and ignore signs to slow down.

The company said it was investigating “the road network around 27 schools in DC” because of the “heightened focus on streets around schools.”

Researchers looked specifically at traffic data from the first quarter of 2022 between 8 a.m. and 10 a.m., when children usually showed up for class in the morning.

“In recent years, officials in Washington, D.C. have prioritized safety around schools, and more is needed in this area to directly connect causes and consequences of speeding and traffic-related injuries around schools,” the company said.

According to the study, about 20% of drivers drove at least 10 mph above the 15 mph speed limit listed in school zones.

The report found that 22% of motorists drove at least 10 mph above the speed limit around schools in Southeast DC, compared to 14% in Northeast DC

“Speed ​​and accident rates did not differ much between school zone streets and streets without a school zone,” the study found.

However, the designation of school zones appeared to have a marginal effect on the severity of injuries, as the number of deaths and serious injuries was lower in the school zones.

“Compared to vehicle miles traveled (VMT), accidents and the number of people involved in accidents were somewhat overrepresented – with 33% of both on streets with school zones,” the study said.

Deaths and serious injuries were underrepresented, at 13% and 20% respectively
in areas with school zones.

Researchers noted that school zones have different lengths, signage and instructions, which can lead to confusion among drivers.

On Martin Luther King Jr. For example, Ave Southwest near the Leckie Education Campus, there is a 7 a.m. to 6:30 p.m. time band southbound, but a 15 mph “When Flashing” sign northbound.