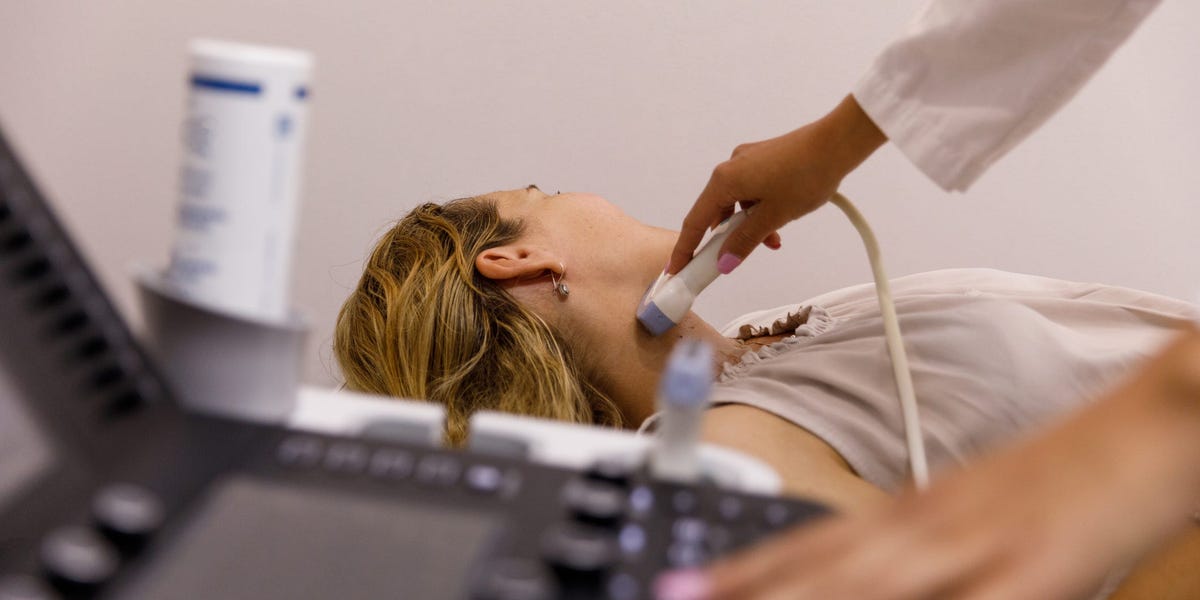 Gabriella Barboza was a third-year medical student in Brazil when her professor asked her to help demonstrate how to check for neck tumors. But Barboza played the patient role a little too well — the doctor was shocked, who noted some troubling signs and encouraged her to have her neck officially checked, the New York Post reported, Newsflash reported.

Barboza followed his advice and found she had papillary thyroid carcinoma, the most common form of thyroid cancer, the Post reported.

“When I found out, my world came crashing down,” Barboza, 22, told Newsflash of her 2020 diagnosis.

“I kept thinking, ‘I’m too young to face this,'” she told Newsflash. “I cried a lot and didn’t want to believe it. It’s a moment when you see that it can come to an end.”

PTC is most common in women under 40, according to WebMD. It’s unclear what causes it, but it’s linked to a number of genetic conditions and may be a complication of radiation for other cancers. Because it moves slowly, it is usually treatable.

It may not cause any symptoms, but as the disease progresses, it can lead to a lump, difficulty swallowing and breathing, and a sore throat.

By the time Barboza’s cancer was discovered, it had spread to other parts of her neck, such as her esophagus, Newsflash reported. Still, she was able to treat it by having her thyroid and other neck tumors removed and undergoing iodine therapy to kill lingering cancer cells.

She is thankful she went to class the day of the neck cancer detection class, the Post reported: “Maybe I hadn’t discovered the disease so quickly, my diagnosis would have taken much longer and it could have been more serious,” she said. . said.

Barboza told Newsflash that the experience has given her a greater appreciation for her chosen profession and what it’s like to be a patient.

“I always wanted to be a doctor to take care of others and heal people, regardless of their specialty,” she said. “But after what I’ve been through as a patient, I think my perspective has changed.”