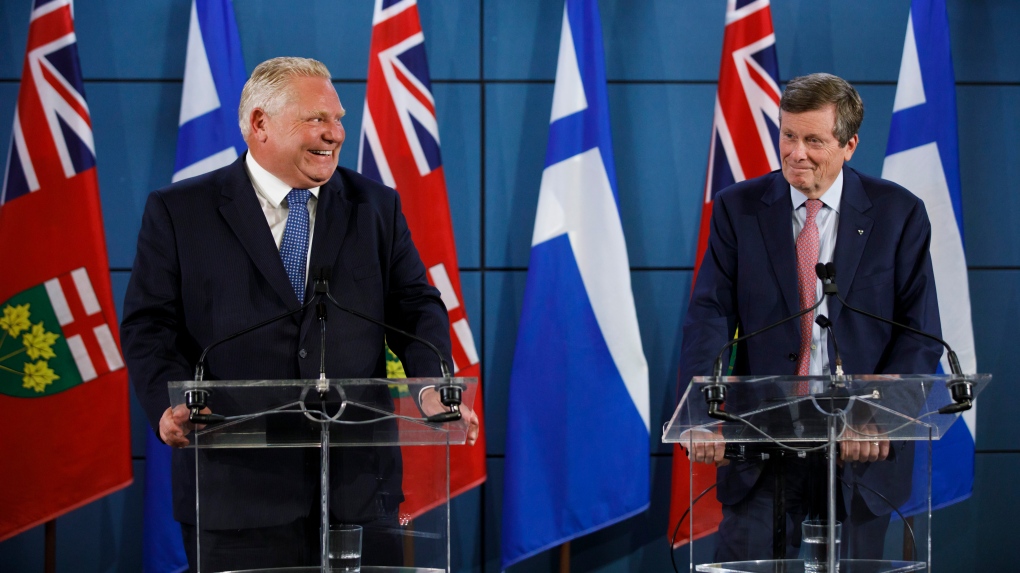 Ford is expected to meet with Tory around 11:30am Monday for a behind-closed-doors session in Queen’s Park.

At 12:30 p.m., municipal and provincial leaders will speak at a scheduled press conference. The event will be streamed live on CTVNewsToronto.ca and the CTV News app.

The Prime Minister’s Office has not said what the two politicians will discuss; however, much of Ford’s reelection campaign will impact the Greater Toronto Area, including affordable housing and the 15-stop Ontario Line.

This is the first press conference the two politicians have held together since Ford received a second mandate on June 6.