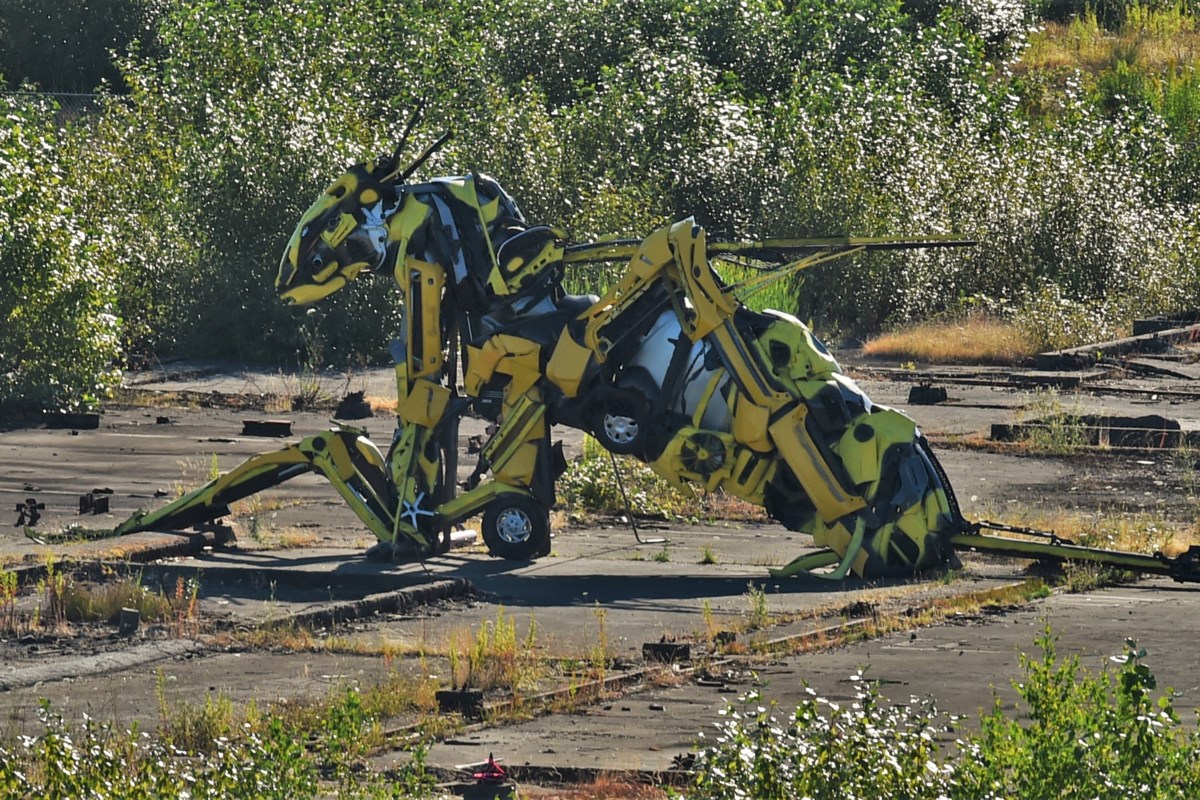 “It’s just my passion. It’s a reason to live, and it makes me feel alive,” he explains.

Queen BX1000 sits calmly, her head held high, over an empty, derelict lot in an industrial area of ​​southern Vancouver.

Although it looks animalistic, the giant yellow object is a work of art; the installation was built there by Junko, an anonymous artist from Montreal. He says he came west and stayed in Vancouver for a while in the late spring, during which time he built Queen BX1000.

He was cycling in the area when inspiration struck; he saw a garage working on yellow cabs, which had a huge pile of bright yellow bumpers.

“I often use car bumpers in my artwork, so I thought it would be great to use the yellow in some way, and that led to the idea of ​​making some sort of bee creature,” he says. Vancouver is amazing. “I never try to realistically mimic an animal or creature. I find it more interesting and fun to create something new.”

And almost everything used in the Queen BX1000 was a found object.

“I get all the material just by cycling around and watching what people throw away,” he notes. “Except for some hardware (nails/screws/bolts) nothing was bought. All the material was found on the street or in someone’s garbage dump.”

A message about sustainability could be taken from his job, especially since he rides a bicycle and doesn’t use motorcycles or motors to build his creations, but Junko says it’s his passion that drives him more than communication.

“It’s just my passion. It’s a reason to live, and it makes me feel alive,” he explains.

Taking the time to complete it is a good thing, he adds.

“It seems to me that in this day and age everything is done extremely quickly and easily, no matter how much energy it takes or the impact on the environment,” he says. “I think it’s good to take it easy sometimes.”

Junko lives a relatively untethered life and is hesitant about where his work will appear next. But given his passion for the creative process, there is more to come.

“I live fairly minimally so I can spend less time monetizing and more time doing the things I love.”