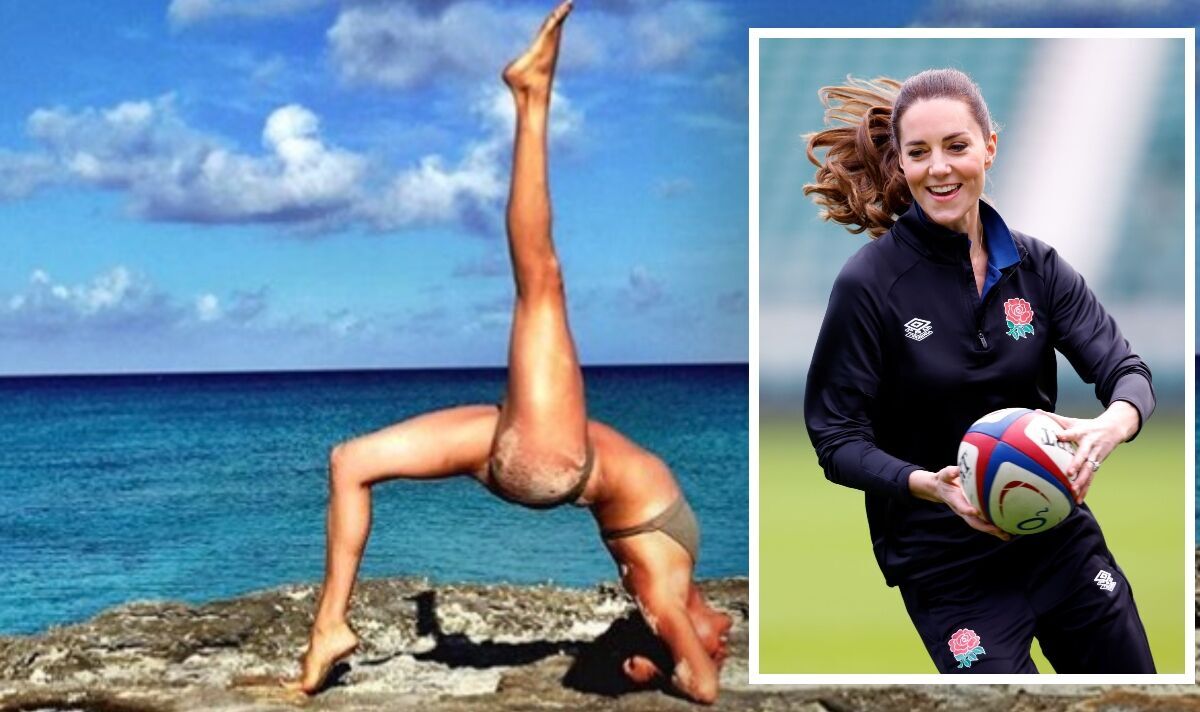 Meghan Markle, 40, is known for choosing yoga over team sports like hockey and rugby. Kate Middleton, on the other hand, loved these sports growing up and is now the patron saint of the England rugby union team. Health and fitness expert Sarah Campus, the founder of LDN MUMS FITNESS, spoke to Express.co.uk about the Duchess of Sussex’s workout routine.

She said: “Meghan has been a long-time advocate of yoga, with her mother Doria Ragland – who is an instructor in Los Angeles – playing a major role in her love of the practice.

“Yoga is Meghan’s thing, she started mom-and-me yoga with her mother when she was seven.

“As a child she was very resistant, but her mother told her to give it time and that she would eventually find her flow, which happened and as such she has been practicing yoga regularly since college.”

What would her particular yoga routine be – and how will it impact her figure?

Sarah commented: “Meghan’s favorite form of yoga is an intense vinyasa class – and even better when it’s hip-hop and done in a dark, candlelit room. The best in her eyes!

“She will do yoga a few times a week, especially hot yoga. Meghan’s dedication to yoga is evident in her lithe physique.

“Yoga is more than just a physical workout. Yoga itself means union between body and mind, and even taking a few minutes to practice can help refuel one’s mind and sense of self, which has been reflected on Meghan.

“Yoga generates heat in the muscles, which reduces the risk of injury, so you can safely burn up to 600 calories per session while conditioning your entire body.”

What does Meghan’s love for yoga reveal about her personality?

The expert suggested: “Meghan’s personality is thoughtful and idealistic, she strives to support people and help them reach their potential, which was supported by yoga with its focus, concentration and flow of mind, body and soul.

“Meghan goes out of her way for friends, family and those in need, so this personality definitely extends to all aspects of her life.”

How does the Duchess of Cambridge’s workout routine differ from Meghan’s?

Michael Brigo, a brigopt.com personal trainer, told Express.co.uk: “The Duchess of Cambridge has a slim and athletic body.

“This is most likely formed by doing resistance-based gym workouts, primarily focused on strength training with body weights and weights.

“In addition, she is an outdoorsy person and is known for her passion for running, skiing and tennis. I wouldn’t be surprised if her average endurance run was 10km or more.”

dr. Charlotte Norton, the medical director of The Slimming Clinic, also told Express.co.uk: “The Duchess of Cambridge is known for being naturally athletic and a huge admirer of spending time in nature and keeping fit.

“Of course Kate’s naturally slim frame is partly due to genetics, but it’s no secret that the royal mother of three loves anything athletic and reportedly appreciates a good workout.

Has Kate always been sporty, from childhood?

dr. Charlotte added: “I believe Kate has always led a healthy and active lifestyle. From an early age, it is clear that she was an avid lover of sports such as cross country and continues to exercise as time goes on.

“I really think Kate’s secret is consistency. There hasn’t been a point in history until now where she’s had a dramatic change in appearance, even after pregnancy, and I think that’s because she’s been consistent with diet and exercise.”