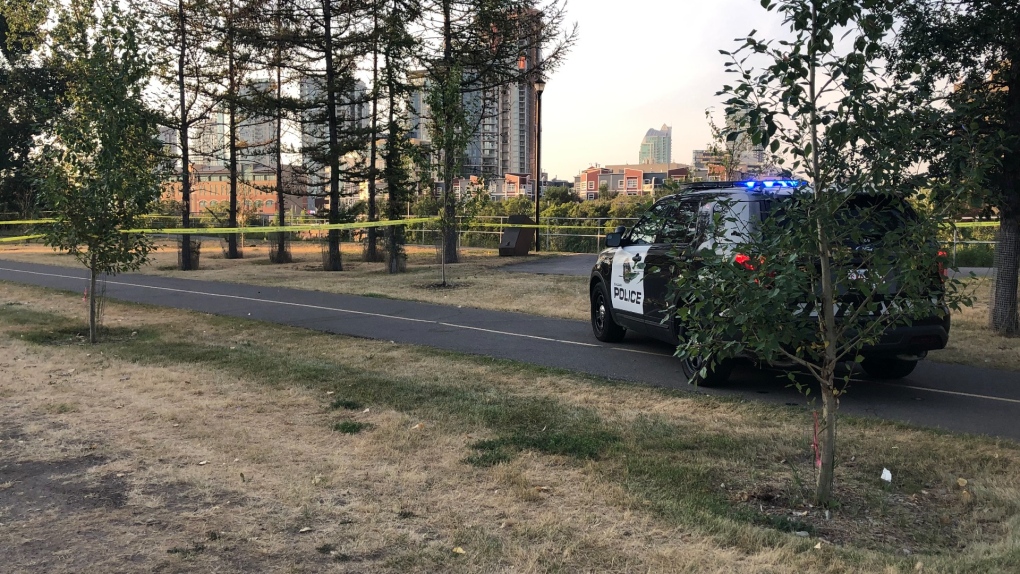 The Calgary Police Department has reopened part of the Bow River trail as well as an eastbound lane of Memorial Drive in the northeast after a Thursday night stabbing.

CPS officials say one person was stabbed in critical, life-threatening condition and transported by ambulance to Foothills Medical Center.

An EMS spokesperson says ambulance crews arrived at the scene at 9:30 p.m. and the victim, a man believed to be in his thirties, suffered multiple traumatic injuries from a sharp weapon.

“What worried our paramedics was the nature and number of injuries this man sustained,” said EMS public education officer Stuart Brideaux. “It was quite a multiplicity of stab and cut wounds that he had sustained.

“It was also unclear to EMS where exactly this incident occurred or even the time frame between when he was injured and when 911 was called.”

Police have not said whether any arrests have been made in connection with the attack.

CPS officials confirmed that the stabbing victim’s condition had stabilized as of Friday afternoon.

A portion of the riverside path between the Center Street Bridge and Edmonton Trail was closed to pedestrians and bicyclists, and an eastbound lane of Memorial Drive was closed to traffic in the area from Thursday evening until late Friday morning.