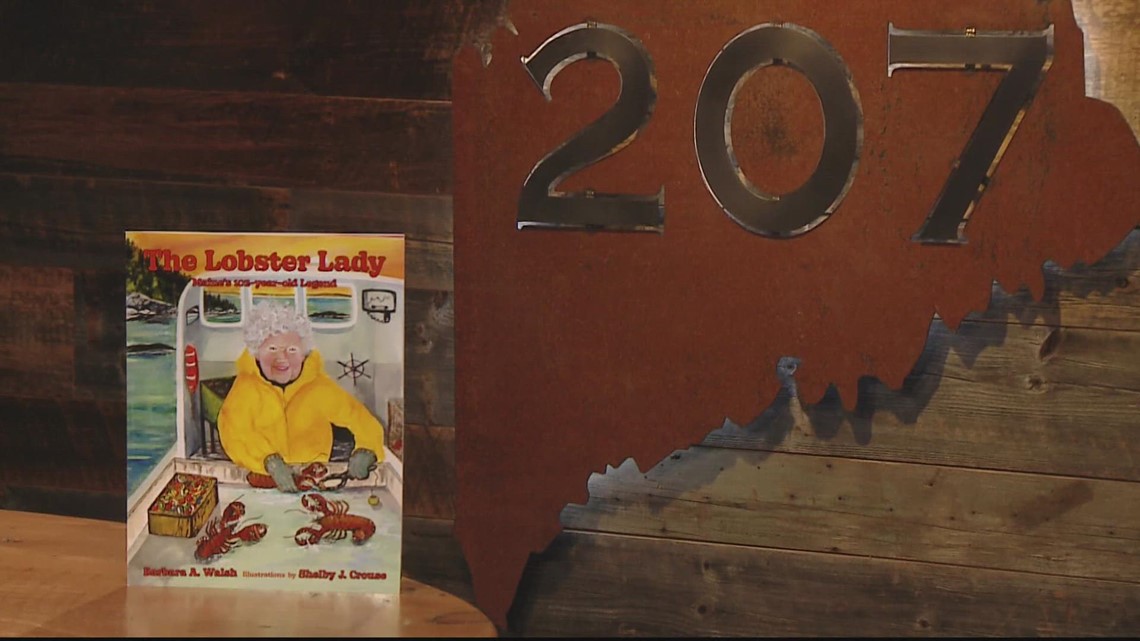 It’s another laurel for someone whose story just keeps getting better.

PORTLAND, Maine — Virginia Oliver, who still goes to Penobscot Bay at age 102 to help her son catch lobsters, has had a memorable year.

She was featured in a congressional proclamation sponsored by U.S. Representative Chellie Pingree, D-Maine, which honored her as “perhaps the world’s oldest lobster harvester.” (If anyone is older, please raise your hand and speak.)

She was the subject of countless news stories around the world. Oliver was also chosen as the Grand Marshal of the Maine Lobster Festival parade in her hometown of Rockland.

And now, another feather on her cap: Her story has just been told in an illustrated children’s book called “The Lobster Lady – Maine’s 102-Year-Old Legend.”

“I’ve been a journalist for over 35 years,” said Walsh, “And when I saw 207’s segment about her last July, I kept looking at it and fell in love with her. And I thought, ‘This is a children’s book.’ ”

How did the book come about? And why did Walsh and Crouse have to work so fast? Watch 207’s conversation for more information.