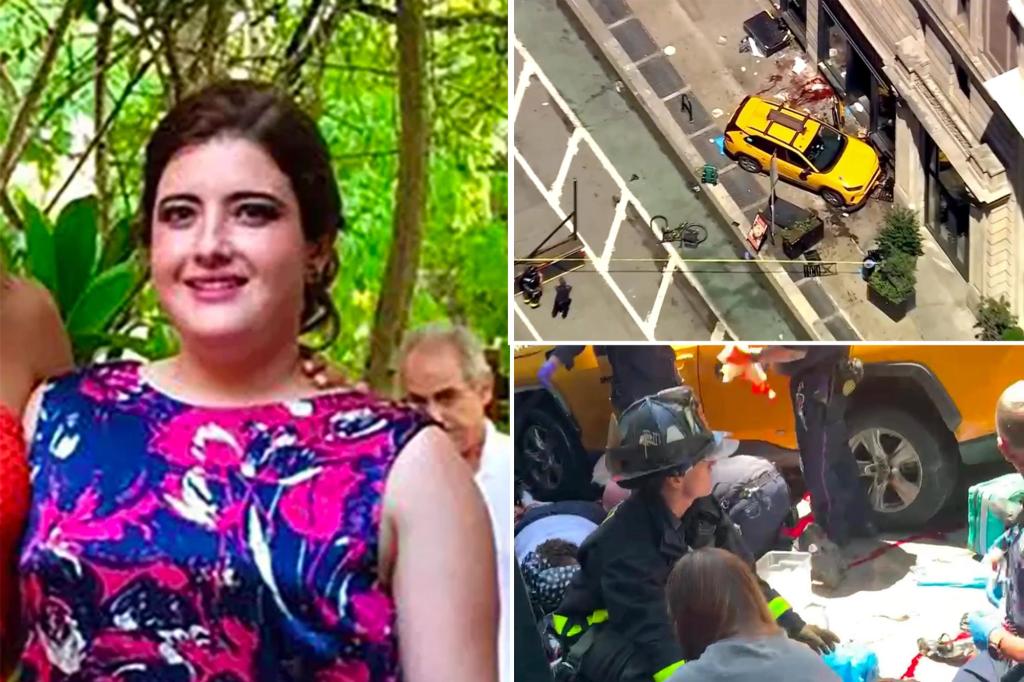 A Mexican tourist who lost her leg after being rammed into by a runaway cab in Manhattan this week is “a fighter” determined to get through, her husband told The Post.

But Daniela Hernandez, 32, has a long road to recovery ahead of her, her family admitted on Thursday.

“Daniela is on heavy painkillers,” her husband, Carlos Almazan, said outside the hospital. “But she’s motivated to get through this.

Hernandez had her leg amputated after the horrific accident Tuesday, just hours before she was due to return to San Luis Potosi after a Big Apple outing with friends.

Doctors at Bellevue Hospital now race to save her other leg as her family tries to comfort the married mother of two — and wait for the swelling to subside so they can operate on her remaining leg to save it.

Almazan said doctors estimate she will remain in the hospital for another three weeks.

“It was the girls’ last day in town before going home,” her mother, Lucia Garate Gomez, said at the hospital.

Gomez said her daughter never lost consciousness and “saw everything”.

“She really wants to find the man who helped her and find him,” she said. ‘We don’t know who he was. She has always been conscious.”

Footage from the crash site on Broadway between 28th and 29th Street shows hordes of Good Samaritans rushing to the crash site to free pedestrians trapped beneath the taxi.

A source close to the family told The Post this week that many of the wealthy housewife’s friends returned to Mexico from the city getaway earlier on Tuesday.

Hernandez was due to leave that afternoon after some last-minute shopping.

News of the tragic crash has hit Hernandez’s hometown hard, the source said.

“Here the community has been very affected by this tragedy,” he said. “Everyone is very sad. They want to know if justice is coming.”

He said there is “disbelief” in the injured woman’s hometown in central Mexico that the driver, identified by police as Khan Zahangir, has not been charged in the accident.

“It’s very strange,” he said, asking why Zahangir “isn’t even in custody.”

Police said Zahangir remained at the scene after the crash that left six injured.

The Post reported this week that his taxi had committed 18 traffic violations since 2019, but it’s unclear if he was behind the wheel for any of those, police said.