Storm Watch Team Meteorologist Mike Rizzo says cooler and milder temperatures will be seen on Tuesday, but there is a chance of thunderstorms Friday.

Tuesday night showers will end early under mostly cloudy skies and temperatures in the upper 60s.

Thursday will be mostly sunny with temperatures around 70 degrees.

On Friday it will be mostly cloudy with maxima in the 70s and a chance of thunderstorms in the evening. 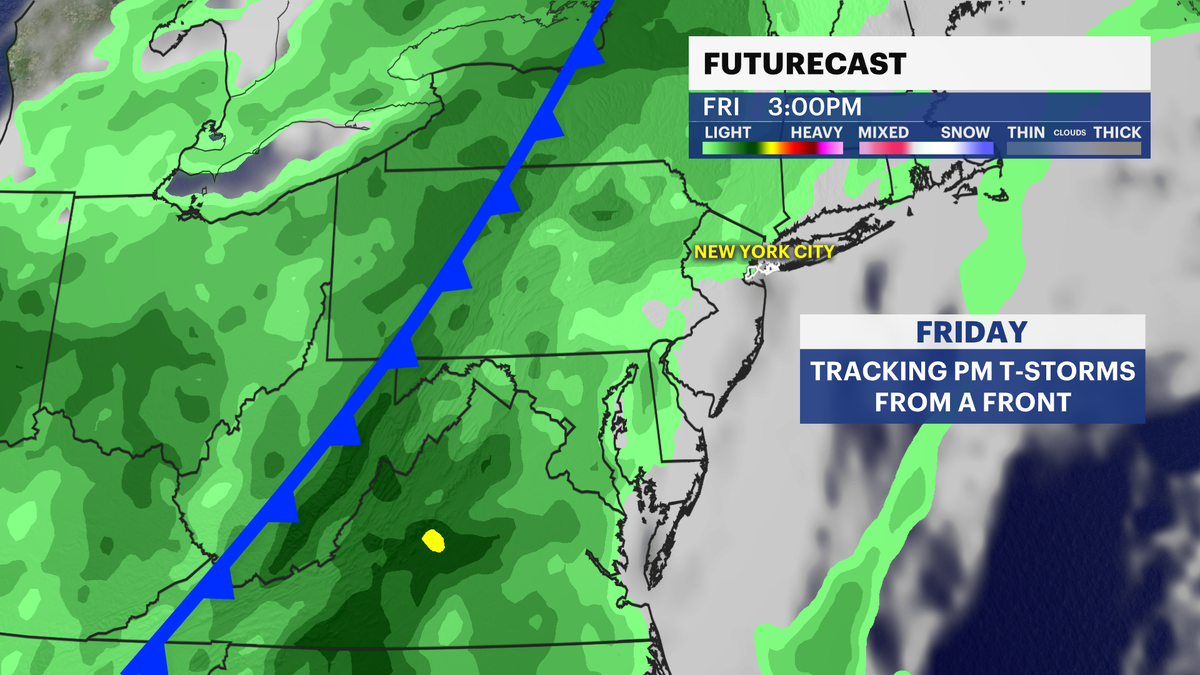 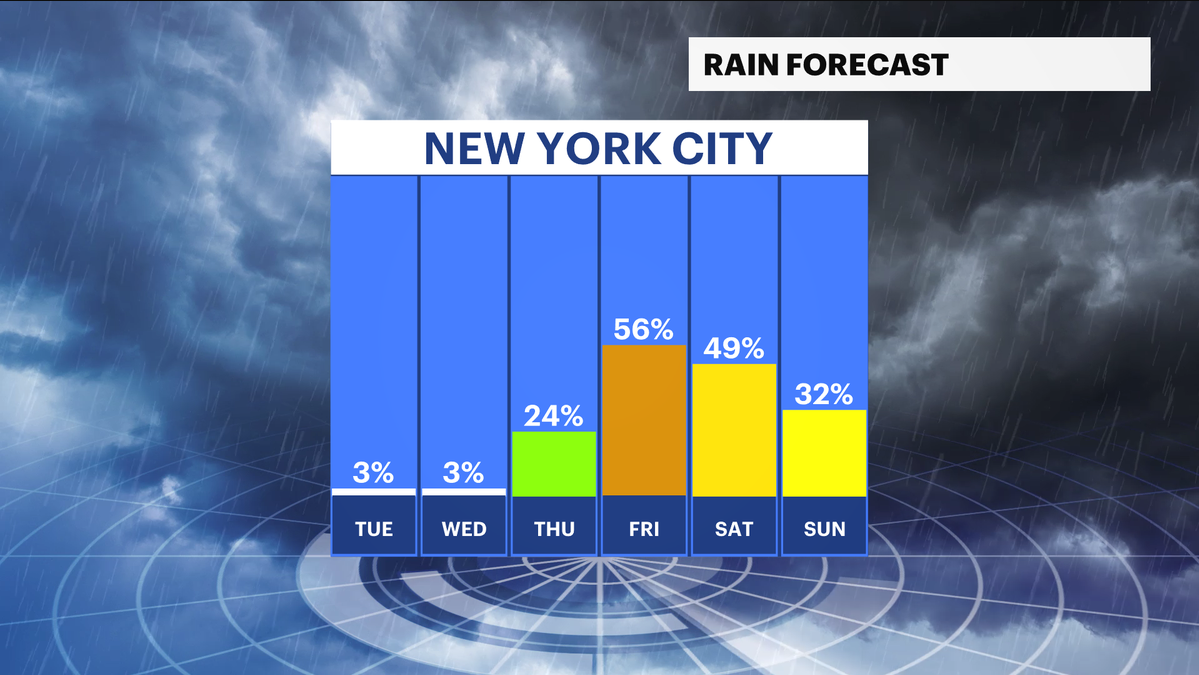 A mix of sun and clouds and pleasant conditions for the Memorial Day weekend, with temperatures in the mid 70’s to the low 80’s. 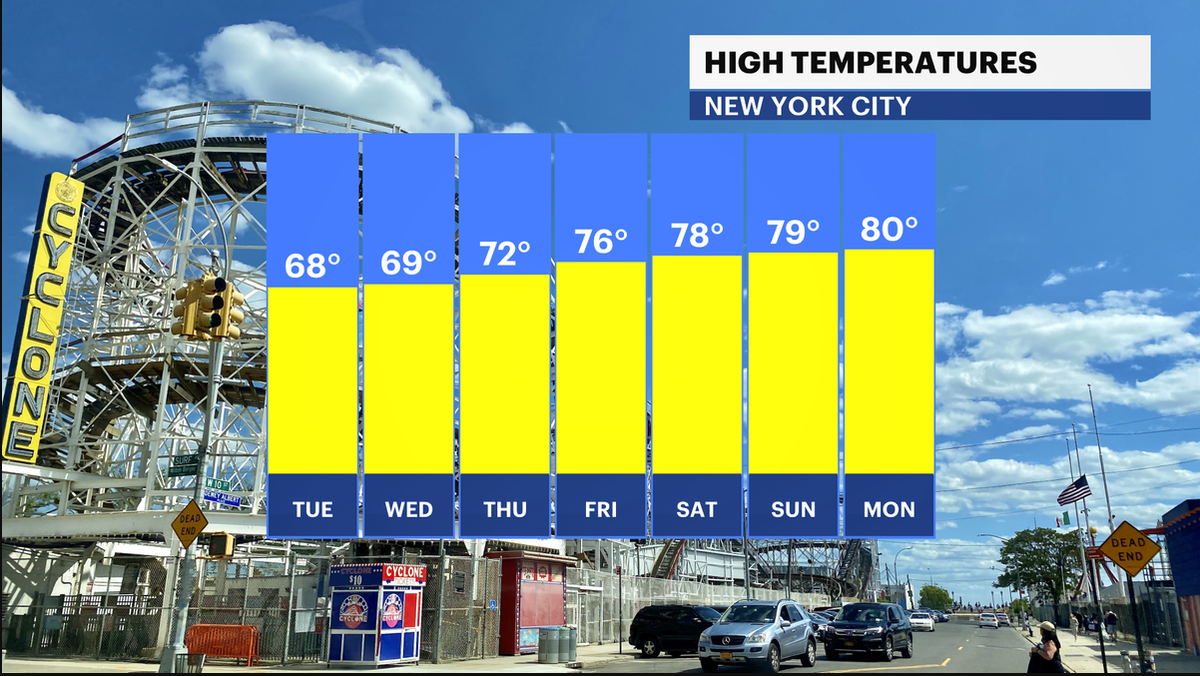 TODAY: Mostly cloudy at the beginning. Thin clouds in the afternoon. Muted sunshine. Highs near 68. Lows near 56.

THURSDAY: Mainly sunny. Highs near 70. Lows near 62. Humidity kicks in at night.

FRIDAY – WX TO WATCH: Stormy weather is possible in the evening after 5pm. Highs near 78. Lows near 65. Details are limited in this situation. Lowest point almost 65.