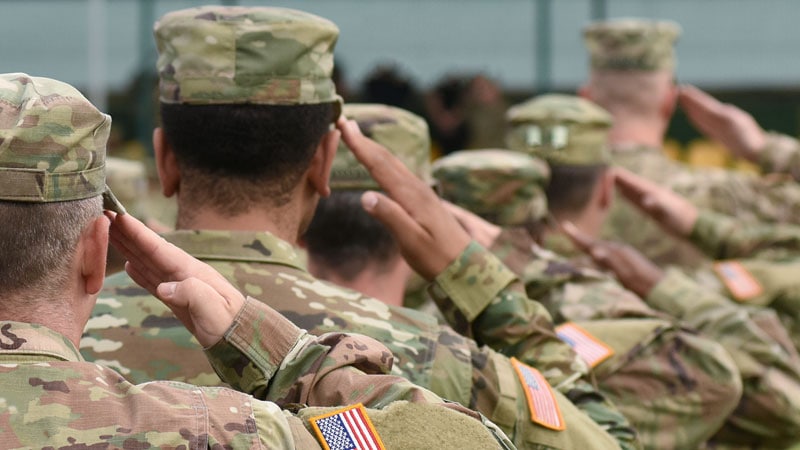 Physicians evaluating patients’ occupational histories should consider military service, as a study of U.S. military veterans’ rosters has shown an increased risk of chronic obstructive pulmonary disease (COPD). Researchers found that 44% of veterans had been exposed to inorganic dust. The study by Paul Blanc, MD, and colleagues was published online in the journal Chest.

“Occupational factors should always be considered a potential contributor to COPD. Many clinicians still mistakenly believe that COPD is only a smoking-induced condition,” said Blanc, a professor of medicine at the University of California, San Francisco, in an interview with Medscape medical news.

The adjusted analysis found that among the ever smokers, a moderate or high probability of exposure to inorganic dust during military service was associated with a 23% increase in the probability of COPD (odds ratio [OR], 1.23; 95% CI, 1.15 – 1.31). The risk of COPD was not increased in non-smokers (OR 0.94; 95% CI 0.87 – 1.01). The increase in the probability of COPD related to dust exposure was 25% (OR, 1.25; 95% CI, 1.22 – 1.28) in the overall population. Those with asthma were excluded from the main analysis. When those with asthma and concomitant COPD were included, estimated ORs remained similar.

The authors analyzed data from U.S. military service rosters from operations that began in 2001 in Iraq, Afghanistan, and surrounding countries in the region and developed a Job Exposure Matrix (JEM) for analysis of the Veteran’s Administration ambulatory and inpatient COPD diagnostic codes. (ICD). -9:491, 492, 496; ICD-10: J41, J43, J44) through the end of September 2018. Admission requires at least two encounters with these codes at least 30 days apart and at least one prescription for a drug commonly prescribed for COPD (bronchodilators and corticosteroids ). The JEM data, which categorize military duties as probable (high probability), somewhat probable (moderate probability), or not probable (low probability) involving exposure to inorganic dust, is based on the definitive, but not necessarily longest-standing military occupation codes. Overall, 0.4% (n = 1728) of the eligible population of 427,591 (88.2% males) had received a COPD diagnosis. The median age at first meeting with the Veterans Administration was 29.9 years; the mean age at last encounter was 37.0 years, with a median of 4.3 years of military service.

The dust exposure rates in military occupations were 56.2% for low/no exposure, 43.8% for some exposure, 22.2% for moderate exposure and 21.6% for high exposure.

“These findings,” conclude Blanc and colleagues, “are consistent with an extensive biomedical literature supporting a substantial role of occupational exposures in the etiology of COPD.” Another consideration, the authors note, is that the findings contribute to a growing awareness that the potential adverse health effects of occupational aspects of military service must be considered.

“Physicians should inquire about exposure to fumes, gas, dust or fumes in both military and non-military jobs,” Blanc added in the interview. “Physicians should consider military service as a source of occupational exposure,” he said. He noted that the recommendation is not geospecific, but rather is generic to military occupations, regardless of location.

“It is helpful for clinicians to be aware of this modestly increased risk of COPD,” said Mary Jo Farmer, MD, assistant professor of medicine at UMASS Chan Medical School-Baystate, Springfield, Massachusetts, “and therefore inform to military deployment, however, may be very useful in future research to explore the impact on COPD of exposure to specific irritants, and also to test for any correlations with smoking history.”

As a study limitation, the researchers state that the JEM data in no other way (other than always-smokers) provides details regarding specific vapors, gases, exposure to smoke (e.g., dust storms, combustion pit byproducts), or length of service. .

The study was supported by a Veterans Affair Merit Award and by the Russell/Engleman Rheumatology Research Center for Arthritis. The authors and Farmer have not disclosed any relevant financial relationships.