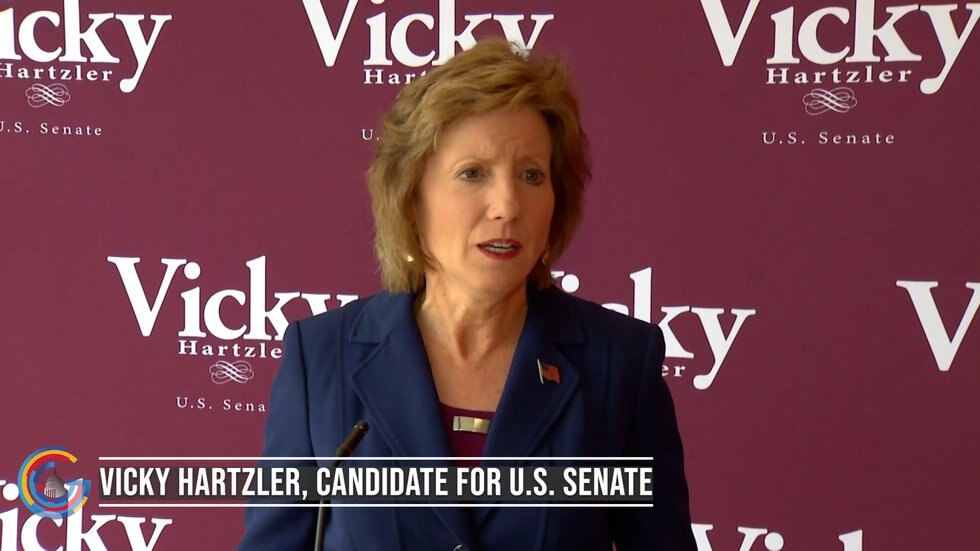 With the departure of US Senator Roy Blunt, voters in Missouri must elect a new senator.

Voters will also have two seats in the US House to fill, as incumbent Vicky Hartzler and Billy Long decided to run for the Republican primary for the US Senate seat of Blunt.

During the primaries, Hartzler and Long emphasized their experience in the federal government. But that has not translated into a leading position in the polls.

Washington News Bureau reporter Jamie Bittner asked Dr. Jeremy Walling, a political science professor at Southwest Missouri State University, believes Hartzler and Long understood the risk they were taking by giving up their seats in the US House to run for the US Senate.

He said, “I think they did. And you know, I think anyone who steps in here knows they can lose. And that’s what democracy is. Right? You could win, but you could also lose. That tells me they Both have something to fall back on. Right? Billy Long had a long career as an auctioneer. And if he has to fall back on that, then he’s succeeded. Many members of Congress, and you’ve seen the state, become lobbyists. And so I’m sure the door is open for that. So yeah, I think they knew they were up against strong candidates and they had a chance to lose and they were willing to lose.”

“They will have to learn the ropes, like any new congressman. Eventually they’ll be, you know, movers and shakers, I’m sure. But when they come out of the gate, they’re going to have to apprentice and learn what it’s like to be a member of Congress, and so forth. Everyone who participates has served in the state legislature or in the executive branch. And so no one has been to Congress before and no one knows what this will be like. And so it’s going to be a while before we’re going to see some kind of big impact from these people,” Walling said.

Walling noted that Blunt is well known on Capitol Hill and that his departure will leave a void.

“You know, he’s just a name everyone knows. He is a stable character. I think, among the Republicans in the state. He’s conservative, but not, you know, super right-wing conservative. He’s someone the Democrats can kind of look at and go to, okay, well, I know what I’m getting from this guy and I trust him,” Walling said. “It’s been around for a long time. But, you know, he’s a loss, right? Because he’s been there so long. He has opened many doors. He has a network. He has made many contacts with the management. So that will be a loss for the state.”

Walling described Missouri as a red state, with many conservative voters in the suburbs. But in the state’s urban areas, such as St. Louis and Kansas City, he noted that voters can be more moderate or liberal.

The Washington News Bureau asked Walling about campaign promises many candidates have made to stay “above” DC politics. The political science professor was skeptical, saying, “I don’t think it’s very realistic. I mean, what we see over and over is to get it all done, you need your party. You need your leadership. And what you’re going to eventually see is probably most of these people getting in line, lining up and dealing with the party, making deals with the leadership. That’s just how you get things done in Congress,” he said.

In November, the outcome of how voters decide will also determine which party takes power in the House and Senate.

Right-wing Democrats hold power in both, by narrow margins.