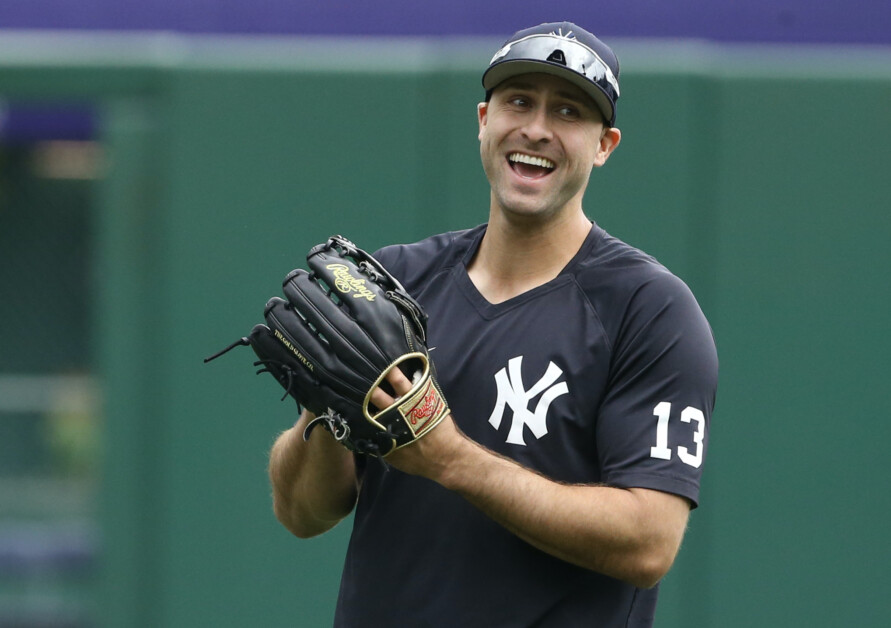 The Los Angeles Dodgers were busy ahead of the 2022 MLB trade deadline, even if they couldn’t make a blockbuster move for any of the top names available.

The team made a total of five trades, the most notable being a deal to take over Joey Gallo from the New York Yankees to pitch prospect Clayton Beeter.

In addition, LA sent utility company Zach McKinstry to the Chicago Cubs for reliever Chris Martin, Garrett Cleavinger to the Tampa Bay Rays for outfield prospect German Tapia, Jake Lamb to the Seattle Mariners for money considerations or a player to be named later, and Mitch White and Minor League infielder Alex De Jesus to the Toronto Blue Jays for a pair of Minor League-pitchers.

Despite their lack of a big move, the Dodgers have reason to be confident. They still expect to get Walker Buehler, Dustin May, Blake Treinen, Tommy Kahnle, Brusdar Graterol, Danny Duffy and Victor González back, along with Chris Taylor and Edwin Ríos.

The Dodgers were also able to keep all their prospects, including those who could make an impact on the trajectory, such as Miguel Vargas, Michael Busch and Ryan Pepiot.

However, the Dodgers were linked with many players, most of whom eventually switched teams.

The Dodgers reportedly got more and more optimistic that they could strike a deal with the Washington Nationals for Juan Soto, but he ended up with the San Diego Padres along with Josh Bell.

The Padres also added to their lineup with Brandon Drury of the Cincinnati Reds in exchange for prospect Victor Acosta. The Dodgers had checked in with the versatile righthanded batter who is in the midst of a breakthrough year. He is set to achieve free agency after the season.

The Mariners made the first big move of the trading season by signing a deal with the Reds for Luis Castillo, defeating the Dodgers and other interested clubs. The Reds had many opportunities in Noelvi Marte, Edwin Arroyo, Levi Stoudt and Andrew Moore.

The Dodgers were linked with a trio of Miami Marlins players, but the only one to be traded was Anthony Bass, who the Blue Jays acquired along with Zach Pop for prospect Jordan Groshans.

Although Groshans was once considered an elite prospect, he has fallen in the rankings in recent years.

The Blue Jays also struck a deal for Whit Merrifield of the Kansas City Royals for prospects Samad Taylor and Max Castillo. The Dodgers’ interest in Merrifield never made much sense from the start, as he’s had a bad year and doesn’t have a clear place on the roster.

The Dodgers also showed interest in David Robertson of the Cubs, but he was traded to the Phillies for Ben Brown. Robertson would have filled in nicely in the back of the Dodgers bullpen, but it would have gotten very busy when their other pitchers started to return.

The Royals traded outfielder Andrew Benintendi to the Yankees in exchange for prospects Chandler Champlain, TJ Sikkema and Beck Way, but not before the Dodgers considered him a possible option.

It was always a long shot for the Dodgers, or any team for that matter, to acquire Shohei Ohtani, and that turned out to be true as he remains with the Los Angeles Angels.

However, the Angels decided to sell by trading Noah Syndergaard and Brandon Marsh to the Philadelphia Phillies, along with Raisel Iglesias to the Atlanta Braves.

López got some steam as one of the Dodgers’ top goals, but he ended up staying in Miami despite multiple teams pushing. They also showed interest in Garrett Cooper, but the Marlins also chose to hold onto their first All-Star.

Ian Happ was also considered a popular fallback option for the teams that missed Soto, and although the Dodgers expressed interest in the switching outfielder, he has remained in Chicago and has a one-year contract left.

The Dodgers looked to David Peralta, but their reported interest only surfaced after he was traded to the Rays.

Be sure to follow Dodger Blue on Instagram! It’s the best way to see exclusive coverage of games and events, get your questions answered and more!