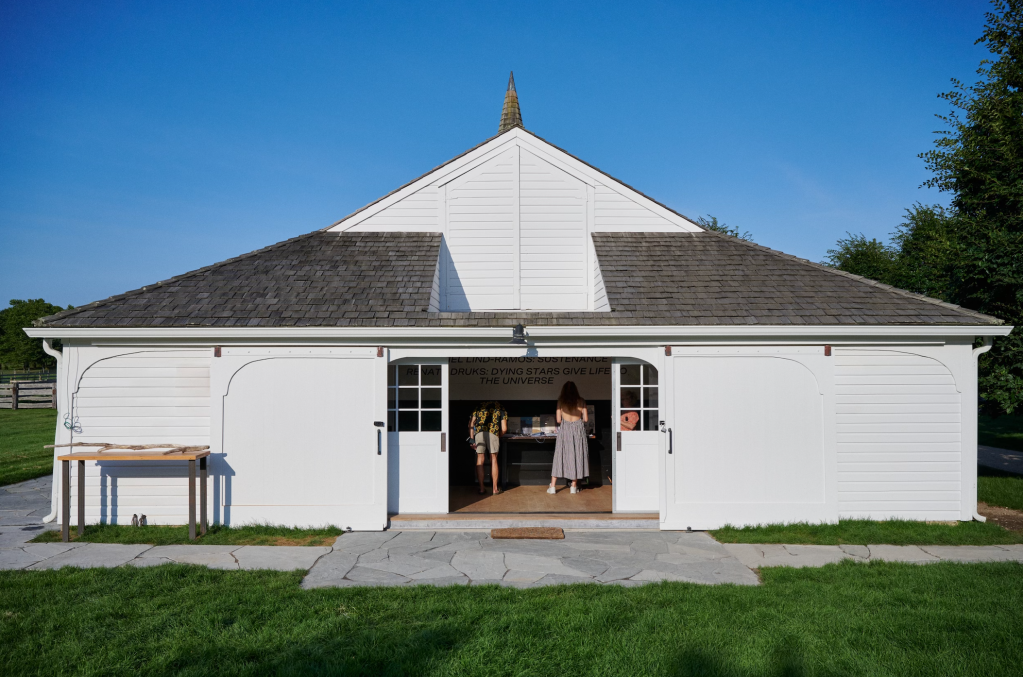 When the pandemic hit in 2020, some members of New York’s elite fled from Manhattan to the Hamptons. The art world followed them there the following summer, opening outposts and shipping art. Since then, some galleries, such as Van de Weghe, have closed their shops. Still other spaces are here to stay.

Dealer Max Levai, formerly of Marlborough Gallery, opened a gallery known as the Ranch last summer. Out of season he has carried out repairs and renovations, and this summer he is preparing to open two exhibitions: one dedicated to Werner Büttner who came from the Hamburger Kunsthalle in Germany, the other a show of Frank Stella’s sculptures. Both start in May.

“Frank was very interested in the idea of ​​displaying some monumental sculptures spanning his practice from 1993 to the present,” Levai said in an interview with ART news† “Of the four sculptures we show outside, one has never been exhibited outside his studio because it’s so huge.”

That is never-before-seen work The hut, Ahab and Pip (1993) made of stainless steel and carbon steel formed into long serrated plates that appear to explode from a boxy structure. Standing nearly 20 feet (6 meters) high, it features nautical themes reflecting Montauk’s whaling history, and Levai is interested in composing works that highlight the town’s long history.

“Being from the east is very practical,” Levai said. “It is very conducive to building a community and audience around our programming. But the gallery here is more of a response specifically to the history of this property that I immersed myself in and fell in love with.”

Located on a functioning horse ranch, the Ranch will house these large tracts on the property, and in a barn that serves as an exhibition space, more selections from Stella’s long and prolific career will be on display.

Other exciting performers will be featured in East End institutions. On May 22, the Parrish Art Museum at Water Mill opens “Set It Off,” a group exhibition curated by married duo Raquel Chevremont and Mickalene Thomas, including Torkwase Dyson, Leilah Babirye and Kennedy Yanko. Artists Pamela Council and Hank Willis Thomas will also be seen in the Parrish on the show “Another Justice: Us Is Them,” which opens July 24.

Beyond the Parrish, Cory Arcangel has a solo show at Lisson Gallery’s East Hampton that opens May 26, and Hauser & Wirth plans to reopen in Southampton, though the schedule has yet to be announced. The Church, a space run by married performers Eric Fischl and April Gornik, will also return for the summer with more shows.

In another sign of Levai’s long-term commitment, the dealer said he plans to host a residency at the Ranch. Although the planning is still in its infancy, Levai hopes that by next winter an artist will create works on the property.

Virginia Overton exhibited a work for the Ranch’s inaugural show Untitled (bell) (2021) that inspired the residency. “We weren’t sure at first [that the Ranch would be a good fit for a residency program] but Virginia Overton showed a work here that was meant to be exhibited indoors, but we ended up showing it outside,” Levai said. “It became clear that this was a good space for artists to develop work from scratch and really take advantage of the setting.”

The artists establishing their studio at the Ranch may be in good company, as rumor has it that David Zwirner plans to start a residency in Montauk as well.