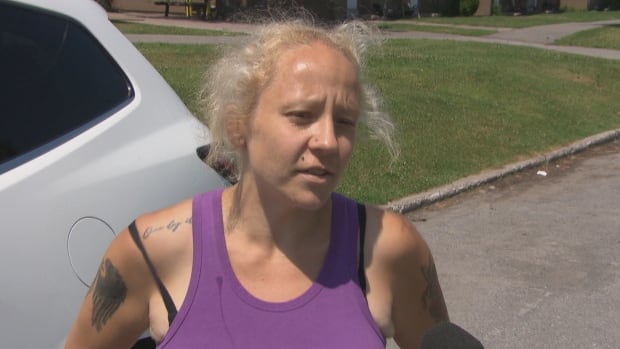 An Ottawa woman tries to keep her children indoors or close to home after her boyfriend was shot in broad daylight in the Banff-Ledbury neighborhood in early July.

“Luckily my kids were in camp when it happened,” Jennypher Durand said. “Otherwise my son would have been standing there.”

Durand lives near where Abdulhamid Haji Ragab was shot on July 5. He later died in hospital.

That was the first of several daytime shootings that have taken place in July so far.

On July 6, a man was shot on Ritchie Street near Britannia Park in the early afternoon. On July 8, shots were fired at the Ottawa Muslim Cemetery on South Manotick Road at 2:45 PM.

On Monday, shots were fired in Alta Vista just after 2 p.m., sending a person to the hospital with non-life-threatening injuries

Durand is concerned that something similar could happen again and she is concerned about the children in her community.

“It’s only a matter of time before one of the kids gets hit next,” Durand said.

‘It is certainly worrying’

Marisa Bernardo lives near Monday’s shooting scene. She said she was packing in her living room when her sibling called and said to turn on the news.

“I turned it on and couldn’t believe it,” she said. “It’s in my backyard. And what happened? We have no details. We’ve heard of other cases around here where people are being shot.”

Bernardo said she has lived in the area for decades and has never felt unsafe.

She said she will continue to walk her two dogs in the area, but will be more vigilant in the future.

“It’s actually pretty scary,” she said. “You never think it will happen near you.”

She said she wasn’t worried about walking or jogging in her neighborhood, but the recent number of shootings raises some questions.

“Are there bigger issues at play with partner violence, domestic violence, gang violence? And what are we doing to address them?” said Bronson.

CBC News contacted police for comment on the number of recent daytime shootings, but none were made available.