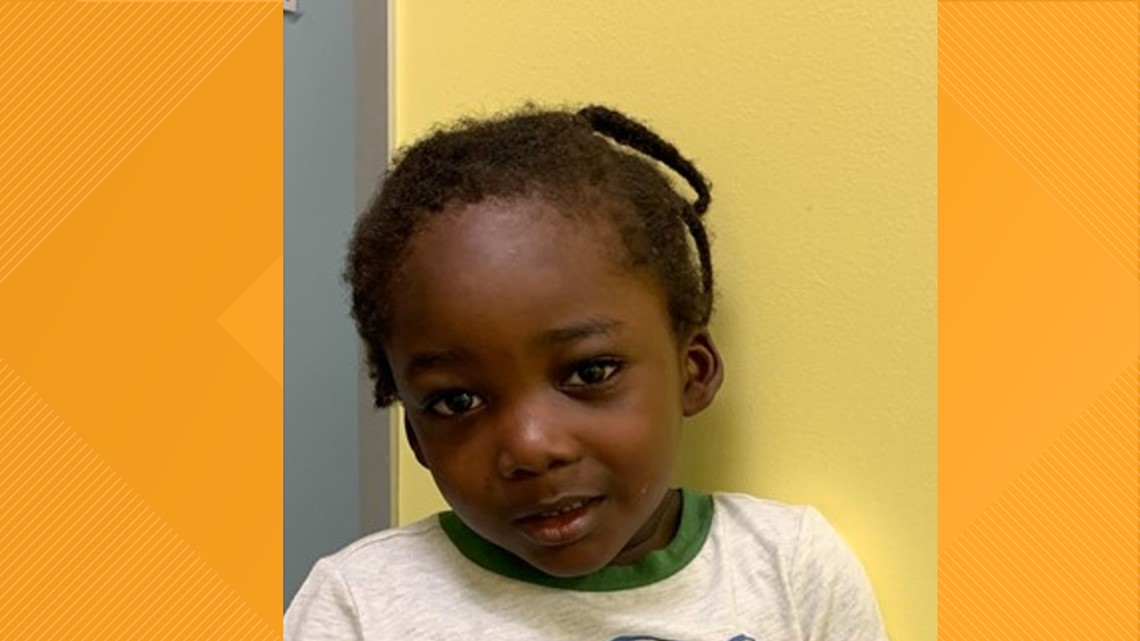 WASHINGTON — The DC Police Department is searching for the parents or guardians of a small boy found in a Giant’s garage late Friday night.

Officers said the 3- or 4-year-old boy, possibly named “Jamari,” came from a black Chevy Malibu. The vehicle had unknown temporary tags from Maryland.

‘Jamari’ is described by the police as a black boy, medium brown complexion, 3′ tall and weighs 47 pounds. He has braids in his hair and his eyes are brown.

He was wearing a red shirt, green pants and green crocodiles.

Police are enlisting the public’s help in identifying the boy.

If anyone has any information about the little boy’s family, police say they should call the Command Information Center at 202-727-9099.

MPD seeks help identifying a child who was found in block 300 of H Street, NE.