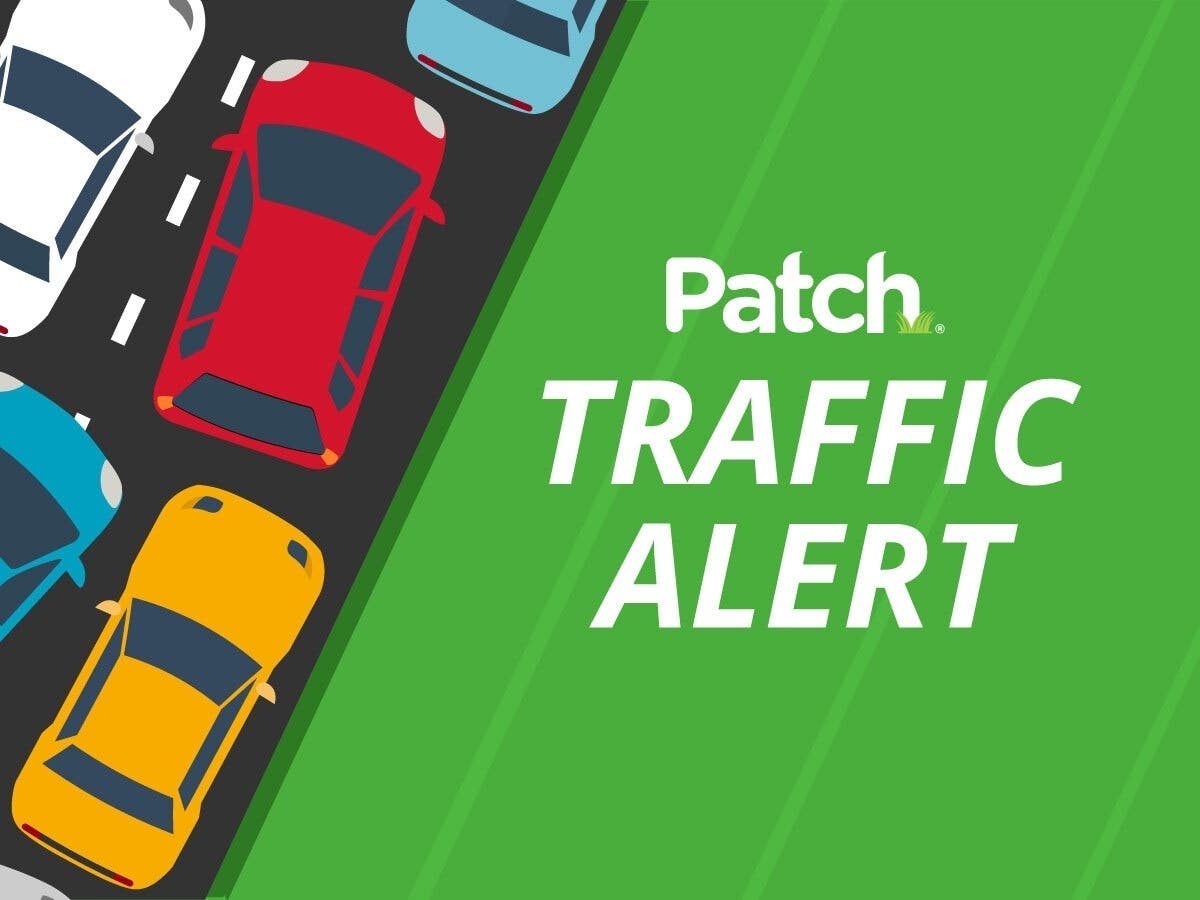 MARYLAND—Good morning, Patch Readers in Maryland! Before you head out the door, check out Patch’s traffic report – which covers the suburbs of Maryland and Washington, D.C.

These are the latest traffic updates that affect your commute on Friday, August 5, 2022.

Use the Waze map to zoom in on your commute for real-time traffic updates. Scroll down the map for major incidents and closures in your area.

As of 7:27 a.m., one lane of I-97 southbound to Crownsville Road will be closed due to a collision, according to MDOT. [Millersville, MD]

According to WTOP Traffic, a crash was reported at 7:11 a.m. on the eastbound ramp of MD-32 to the northbound Broken Land Parkway. [Capital Heights, MD/DC Border]

According to MDOT, the right-hand lane and southbound lane of I-895 will be closed to the Shell Road exit as of 7:09 AM. [Shoreline, MD]

According to MDOT, as of 7:07 a.m., two lanes northbound on MD-97 will be closed from String Street to Grace Church Road. [Silver Spring, MD]

According to WTOP Traffic, a crash was reported at 7:07 a.m. on East Capitol Street heading west on Southern Avenue. The police are on the scene to direct traffic. [Washington, DC]

According to WTOP Traffic, a crash was reported in both directions at 7:05 a.m. on MD-3 near MD-450/Annapolis Road. [Crofton, MD]

According to MDOT, a northbound lane and berm of MD-233 between Rosaryville Road and Sherwood Drive will be closed as of 6:59 AM. [Joint Base Andrews, MD]

As of 6:58 AM, MD-329 on Thornton Road at Thorneton Road has been closed in both directions due to an accident, MDOT said. [Easton, MD]

According to MDOT, debris in both directions was reported on MD-108 at Eliots Oak Drive at 6:15 AM. All lanes are open. [Columbia, MD]

According to WTOP Traffic, as of 5:53 a.m., all lanes of the I-395/Southeast-Southwest Freeway northbound in front of the 12th Street Expressway will be open following a previous accident. [Washington, DC]

As of 5:17 a.m., dark traffic lights were reported in both directions on Canal Road, Northwest at Arizone Avenue, Northwest, according to WTOP Traffic. [Washington, DC]

Between August 4 and 7, the Maryland Department of Transportation and the State Highway Administration will collect traffic data on Oceanic Drive on the US 50 driveway near the Bay Bridge using a temporary traffic signal. Motorists must remain alert, according to MDOT. [Bay Bridge, MD]

As of 7:55 AM, fallen trees in block 800 of Kearney Street, Northeast, are causing delays in both directions on Metrobus Routes H8 and H9, according to Metro. [Washington, DC]

Local and Express shuttle bus service available at Stadium-Armory due to the summer platform improvement project, according to Metro. Several stations in Maryland on the Orange Line have been closed due to the project: Minnesota Avenue, Deanwood, Cheverly, Landover, and New Carrollton. [Washington, DC]

The National Weather Service forecasts that hot and humid conditions will continue in the Baltimore-Washington metropolitan area on Friday. The heat index is expected to approach 100 degrees.

A line of slow-moving thunderstorms will move through the region Friday afternoon, increasing the risk of flooding, NWS said.

Friday will see partial sunny weather, with a chance of thunderstorms, some severe, moving through the DC area in the afternoon, according to AccuWeather’s forecast. At 7:45 a.m., the temperature in Rockville, Maryland was 70 degrees. Expect a high of 90 and a low of 73.

Thank you for reading! Do you have a comment or question? Email me at [email protected] or leave a comment below. You can also post bulletin board items or calendar events on your local Patch site.