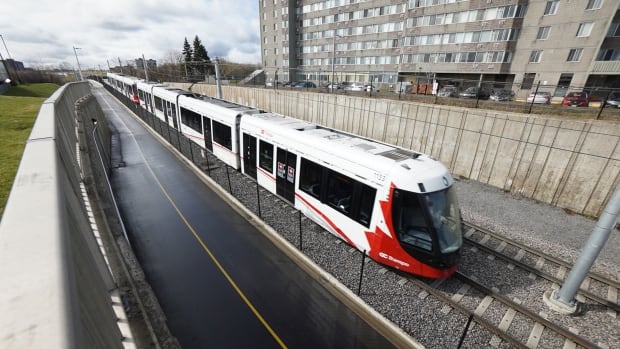 All Confederation Line trains that have traveled more than 175,000 kilometers have been taken off the track after an inspection found a “fault” in the wheel hub assembly of one vehicle.

In a memo to the Ottawa City Council on Saturday night, Renée Amilcar, director of transit services, said the vehicles have been taken out of service “for additional inspections out of an abundance of caution.”

The problem was found after a train driver reported vibrations in their train, Amilcar said.

In her memo, Amilcar said train manufacturer Alstom had already indicated the failure affected the train’s axle and bearing, but in a different way from the problem that caused a decommissioned train to derail near Tunney’s in August 2021. Pasture station.

In that incident, the wheel broke off the axle due to a problem with the bearing, the device installed at each end of the axle that helps the wheel turn without resistance.

They have both “confirmed verbally and by letter that all trains in use” on the Confederation Line are safe, she said.

There are currently 10 trains on the Confederation Line, Amilcar said, which stops about every five to six minutes.

The trains will be returned to the line once they have been inspected and found safe, according to her memo.

The Transportation Safety Board of Canada has also been notified, Amilcar added. OC Transpo and RTM are expected to provide another update on Tuesday.