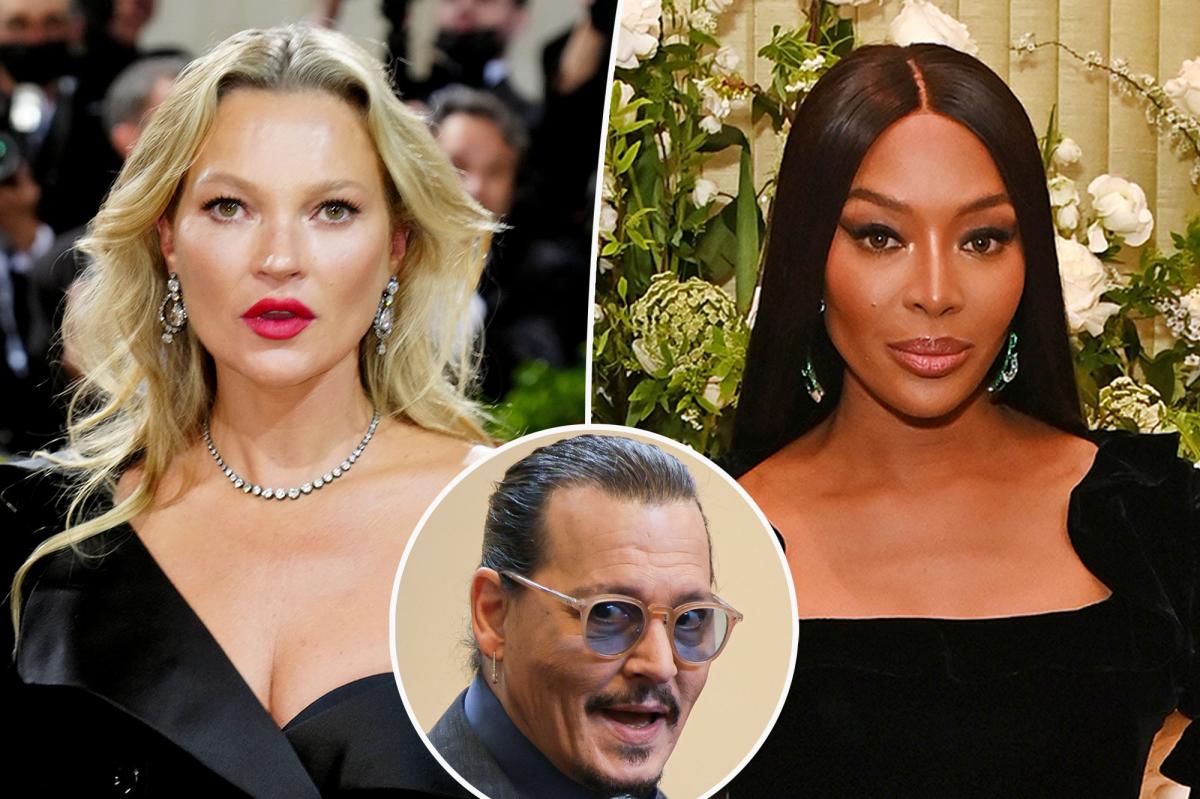 Naomi Campbell has Kate Moss back.

The model took to her Instagram Stories on Wednesday to praise her boyfriend for taking the stand on behalf of Johnny Depp and his ongoing legal battle with ex-wife Amber Heard.

Campbell’s words were accompanied by a screenshot of an article summarizing Moss’ statements in court, in which the model denied Heard’s claim that Depp pushed her down a flight of stairs during their 1990s romance.

As previously reported, Moss was called as a rebuttal witness for Depp, 58, in his $50 million defamation lawsuit against Heard, 36. The trial is now in its sixth and final week at Fairfax County Circuit Court in Virginia.

“He never pushed, kicked or threw me down a flight of stairs,” Moss said via video from Gloucester, England.

Moss told judges she fell down a flight of stairs and injured herself during a rainy night in Jamaica at the GoldenEye Resort.

“Johnny had left the room before I had, and there had been a downpour. And when I left the room, I slipped down the stairs and hurt my back,” she testified.

“I screamed because I didn’t know what was happening to me and I was in pain. And [Depp] ran back to help me and carried me to my room and got me medical help.”

Depp’s attorney Ben Chew then asked Moss, “Did Mr. Depp push you down the stairs in some way?”

Although Moss once described her breakup with Depp as a “nightmare,” she continued to support the “Pirates of the Caribbean” star resolutely.