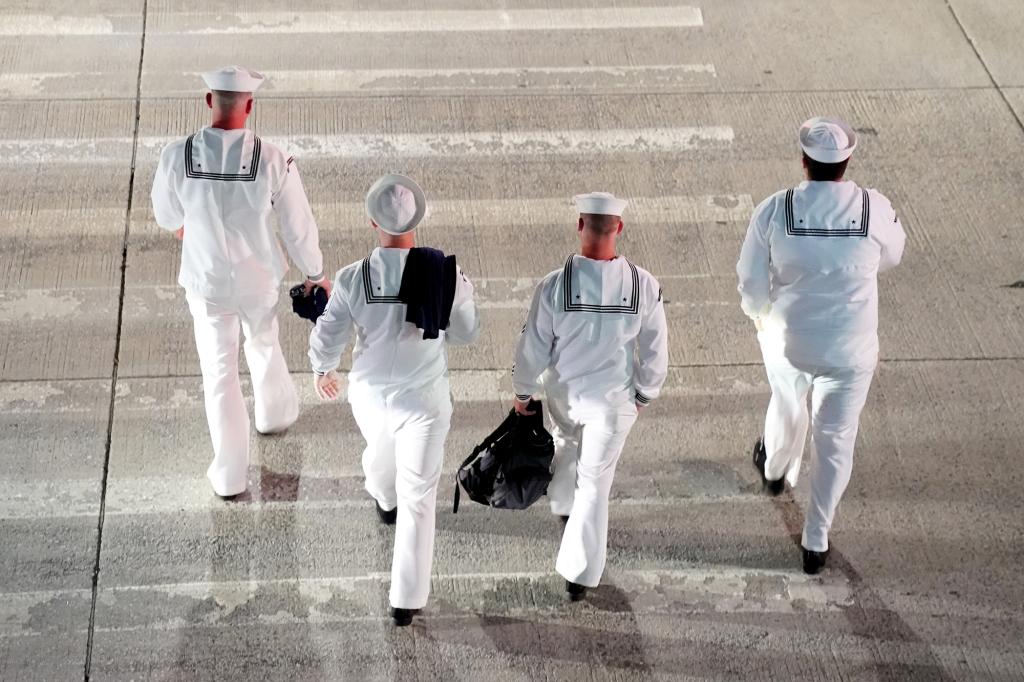 A US Navy sailor in town for Fleet Week was punched in the face early Sunday morning by a man who claimed to be a Marine during a brawl on the Lower East Side, police sources said.

The 24-year-old sailor, who was in town from New Mexico, got into an argument around 2:30 a.m. with a man who told him he was a United States Marine on the corner of Montgomery Street and South Street. sources.

The sailor was punched in the face and his head pushed into the sidewalk, the sources said.

He refused medical attention for a cut and returned to his ship.

There were no immediate arrests.

The sailor may have been intoxicated, a police source said.

The Navy, Marine Corps and Coast Guard returned to the city for Fleet Week from May 25-31 for the first time in two years after the annual event was sunk by the COVID-19 pandemic.