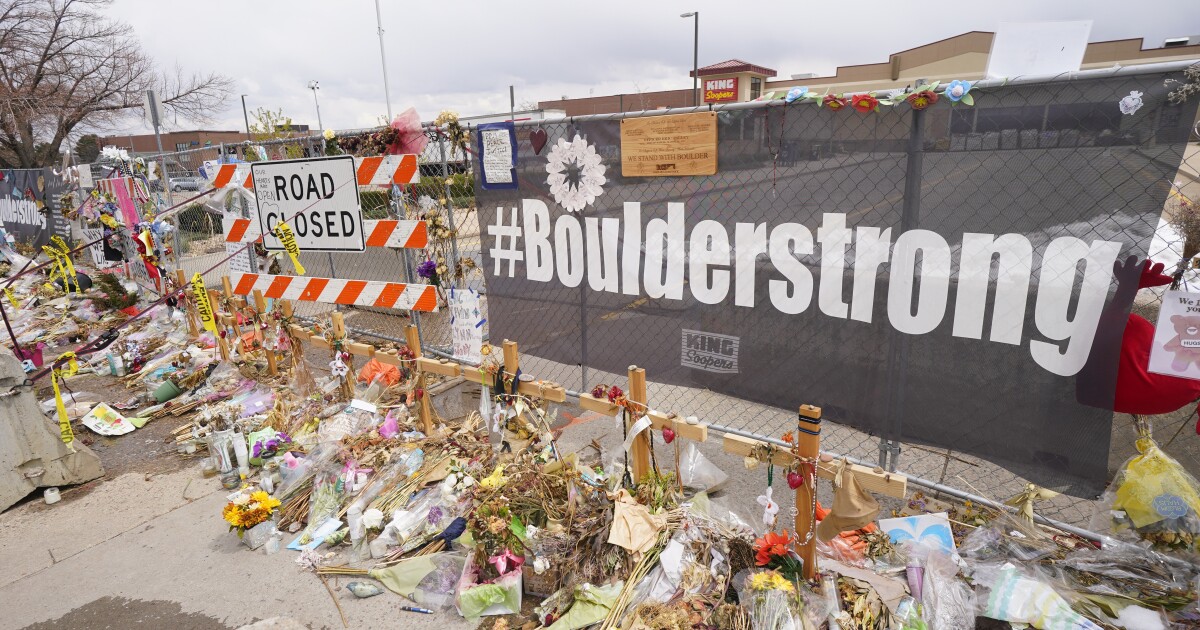 One year after 10 people were shot and inside of a Boulder King Soopers, Colorado Congressman Joe Neguse is set to unveil a legislative package aimed at killed at expanding worker safety, increasing mental health and trauma support and providing preventative security measures to workplaces.

The package features four bills — the Help for Healing Communities Act, the STOP Violence Act, the Safe Workplaces Act and the Prioritizing Resources for Victims of Firearm Violence.

The Help for Healing Communities Act would create a new grant program within the Substance Abuse and Mental Health Services Administration (SAHMSA) in order to provide mental health services to those who have survived an active shooter situation or incident of targeted violence. The goal is to promote “resilience and equity” in communities that have experienced such an event, according to Neguse.

The STOP Violence Act would provide federal funding for preventative security measures at active shooter sites and public assembly facilities. Public agencies, US Attorney’s offices, higher education institutions and victim services organizations are able to receive funding from the Department of Justice’s anti-terrorism and emergency funding program if an act of terrorism or mass violence occurs. Under the bill, locations of active shooter events, such as the Table Mesa King Soopers, and public assembly facilities would also be eligible for this funding.

Under the Safe Workplaces Act, the National Institute of Occupational Safety and Health would conduct a study on threats of violence, including gun violence, in the workplace, according to Neguse. The Occupational Safety and Health Administration (OSHA) would then develop ways for employers can keep employees safe from threats of violence based on the study’s findings.

The Prioritizing Resources for Victims of Firearm Violence Act would designate victims of firearm violence and their families as high priority through the Victims of Crime Act (VOCA), which provides funding to those affected.

The package is endorsed by several entities, including the United Food and Commercial Workers Union (UFCW), Colorado Behavioral Healthcare Council and the Colorado Education Association, according to Neguse.