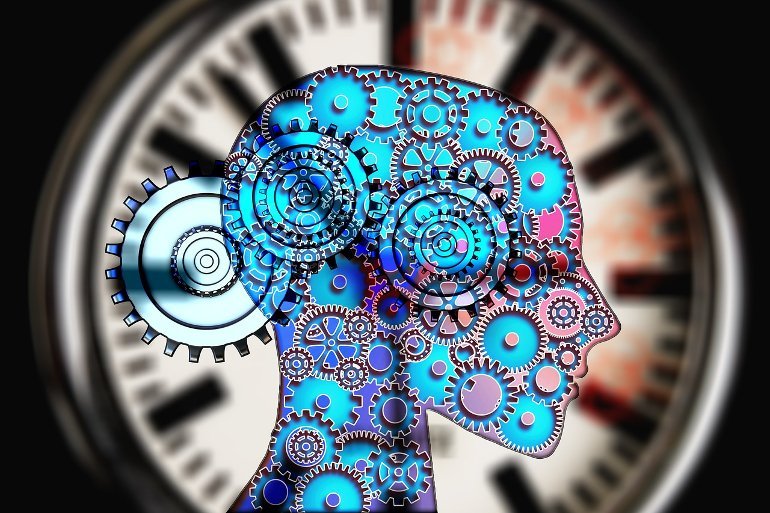 Overview: A group of hippocampal neurons exhibit rhythmic activity at different frequencies in the desynchronized state, but can tune their rhythmic frequency to produce a synchronized brain rhythm when activated.

In the 17th century, Dutch scientist Christiaan Huygens hung two of his recently invented pendulum clocks from a wooden beam and noticed that as time went on, the clocks started tuning their beats. He reported this finding, which he called a “strange sympathy,” in 1665. Three and a half centuries later, neurons in the brain were found to synchronize their activities in a similar way.

Neurons in the brain often synchronize in quasi-rhythmic activities, collectively generating “brain waves” that can sometimes be detected even from outside the skull using electroencephalography. Synchronization in such rhythms helps neurons exchange information efficiently, which is crucial for performing important functions such as learning, memory, attention, perception and movement.

How these rhythms are generated, maintained, and abolished to meet the ever-changing needs for seamless brain functioning is an area of ​​active research.

In a new study published today in Mobile Reports, a team of neuroscientists led by lead researcher Balázs Hangya MD Ph.D. at the Institute of Experimental Medicine, Budapest, Hungary found that a group of neurons in the brain exhibit rhythmic activity at different frequencies in the desynchronized state, such as individual clocks, but they can tune their rhythmic frequencies to produce a synchronized brain rhythm when activated , comparable to the pendulum clocks in Huygens’ experiment.

To investigate the brain’s synchronization mechanisms, the team recorded special neurons from a deep brain structure called the medial septum. These neurons form a “pacemaker network,” which generates the 4-12 Hz “theta” rhythm in a structure called the hippocampus, which is responsible for encoding episodic memory traces of the events we experience. It is well known that the hippocampal theta oscillation is important for memory, but the exact mechanism by which it is generated is not well understood.

“To understand how cells in the medial septum synchronize, one needs to record the activity of multiple cells at once. In addition to this multichannel deep brain recording, a parallel recording of hippocampal activity is also needed to understand the medial septal output signal. This is still technically challenging, so these recordings can only be performed by experienced researchers,” Hangya said.

To meet this challenge, Hangya’s lab collaborated with other groups led by professors István Ulbert, Viktor Varga and Szabolcs Káli to investigate the medial septal “pacemaker network” in both rats and mice, awake or under anesthesia. The Huygens synchronization mechanism was present under all tested conditions and could also be reproduced by a detailed computer model of the medial septal ‘pacemaker network’.

“I think we have come up with a new idea about the origins of network synchronization. The fact that medial septal inhibitory cells synchronize their frequencies upon activation by local excitatory inputs was previously unknown,” said Barnabás Kocsis, the paper’s lead author.

The brain’s synchronization mechanisms can go awry in illness, leading to problems with memory and attention, and even contributing to serious conditions such as schizophrenia, epilepsy and Alzheimer’s disease.

The researchers hope that a better understanding of how brain networks synchronize us could eventually lead to improved therapies for these diseases.