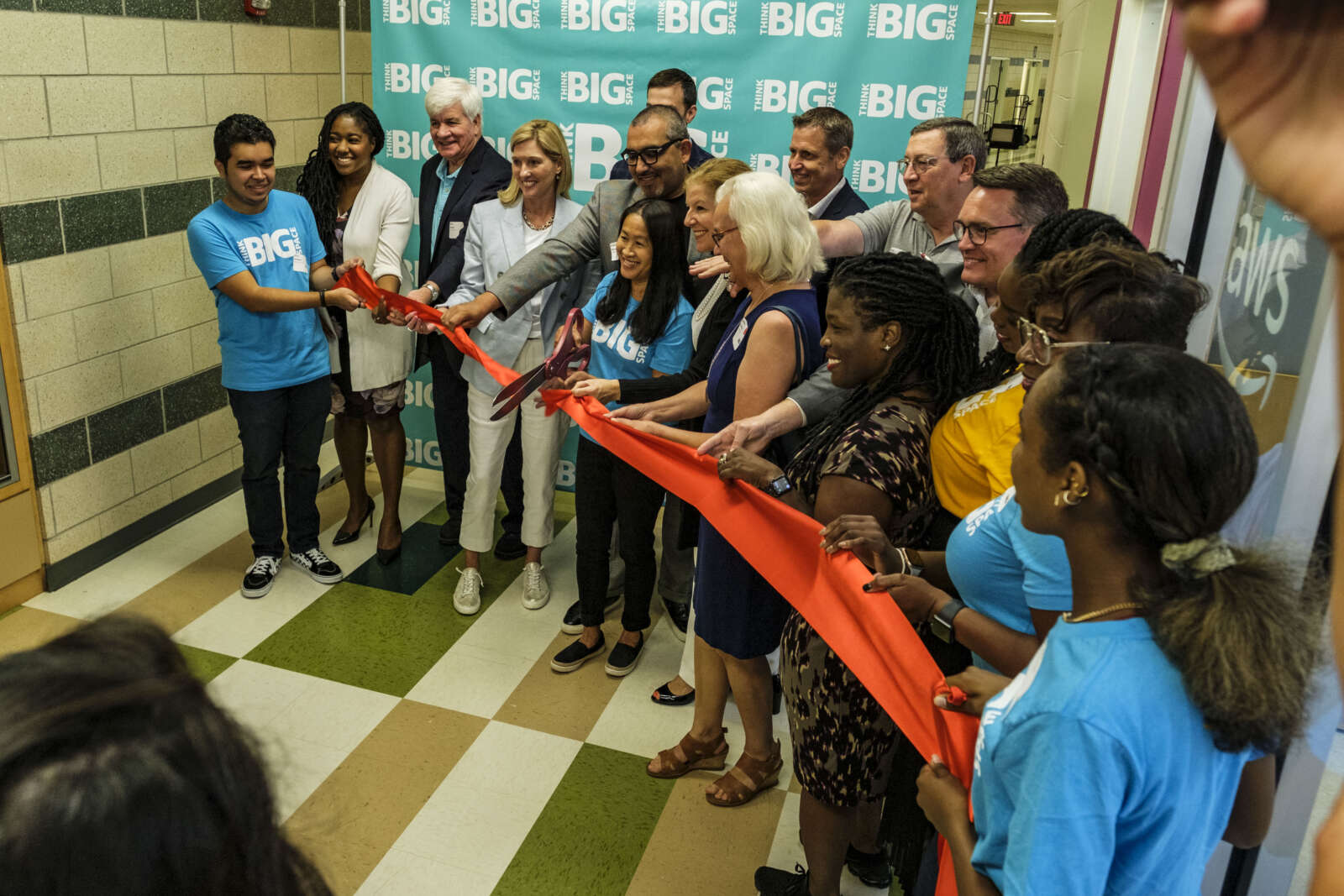 The lab is located on the ground floor of the school at 1325 S. Dinwiddie Street and is divided into several technology stations including 3D printing, E-sports, cybersecurity, virtual reality, coding robots Sphero and robotics.

Many of the officials felt the new lab would better prepare students for future careers in STEM.

“We truly believe in the necessity and importance of creating opportunities for our students,” Duran said in his speech.

“In Arlington County, there are many businesses and jobs that are available to students who are leaving our school system and are unwilling to enter that workforce. It is our duty, it is our responsibility to create those skills and pathways for students to access to get to those jobs,” he added.

Wendy Maitland, a teacher at Wakefield High School, becomes the manager of the lab. She planned to provide space for the teachers there to help with their teaching.

“For example, if they want to do something in astronomy, they can come down and use the program on the VR,” Maitland said.

She is also planning joint programs with the nearby Barcroft Elementary School in the lab. Other schools in Arlington are also expected to use the space.

“We did a presentation, they liked it and they came back to us and said, ‘Yeah, work with our AWS team because they have the Think Big Spaces,’” Maitland said.

Amazon chose to build its Think Big Space in Wakefield because the high school is the “neighborhood school” for employees working at Amazon HQ2, said Reid Goldstein, chairman of the Arlington School Board.

“At Amazon, we are proud to call Virginia home, we are committed to making a positive impact in the communities we are in,” said Holly Sullivan, Amazon’s vice president of economic development, in her speech.

Wakefield High School is also the most diverse high school in Arlington and the second most in Virginia, Guidera said, adding that she believed building the STEM lab would be “an amazing opportunity” — especially for underrepresented children. communities – to access “innovative spaces like [the lab] that bring learning to life and also expose students to the future of work.”

While no concrete plans have yet been drawn up, Amazon is considering student exchange programs that engage with the 35 Think Big Spaces around the world, including India and Ireland, Sullivan said.

The lab will operate as a public-private partnership, with funding from major local employers such as Amazon, Guidera said.

Amazon contributed $150,000 and Johnson gave $109,000 to build this lab. The school board approved its construction last October, according to school board documents.

A similar lab, funded by Amazon, was built at an elementary school in Prince William County in 2019, but Wakefield’s is the first to be built in a high school in America, according to material from a school board presentation.