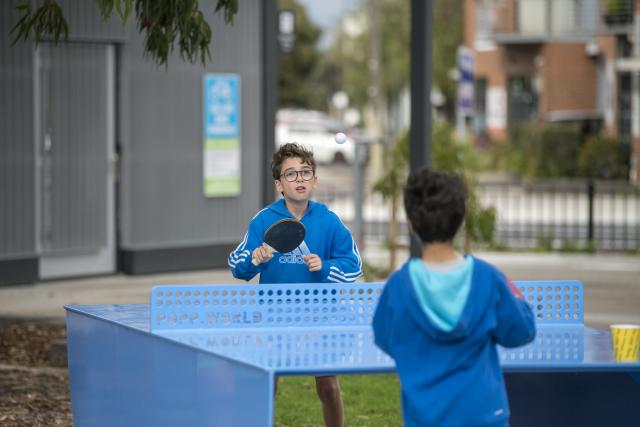 The project involved removing the level crossing at Ferguson Street by lowering the railroad tracks under the road, making way for the new North Williamstown station and an improved district for the community to enjoy.

Complete with public artwork, seating, a ping pong table, bicycle sheds and landscaped open spaces, the project aimed to improve safety for the 25,000 vehicles that use the intersection daily, as well as pedestrians and cyclists.

Williamstown MP Melissa Horne said she was grateful to the community for their patience during the project work.

“We are already seeing huge benefits from removing the dangerous level crossing at Ferguson St and the brand new North Williamstown station, including improved safety,” she said.

crews performed landscaping and finishing work to combine the old early 1900s building with a new and modern style.

The new station area has incorporated the original red brick station on the urban platform, with approximately 2,500 recycled bricks.

The landscape architects removed bluestone clinkers and red bricks from the station building on the east side for the new station square.

Work to renovate and restore the original station building, such as replacing rotting wood, repairing masonry, and replacing crumbling masonry, revealed two hearths stacked neatly beneath the existing one.

The project team also reused steel arbor structures from the old station in the new station plaza, with wires so that climbing plants can grow over them.

During construction, crews excavated approximately 50,000 tons of soil, clay and tough basalt rock under Ferguson Street and in the rail corridor.

The crew also planted more than 40,000 native plants, trees and shrubs around the station and surrounding areas.