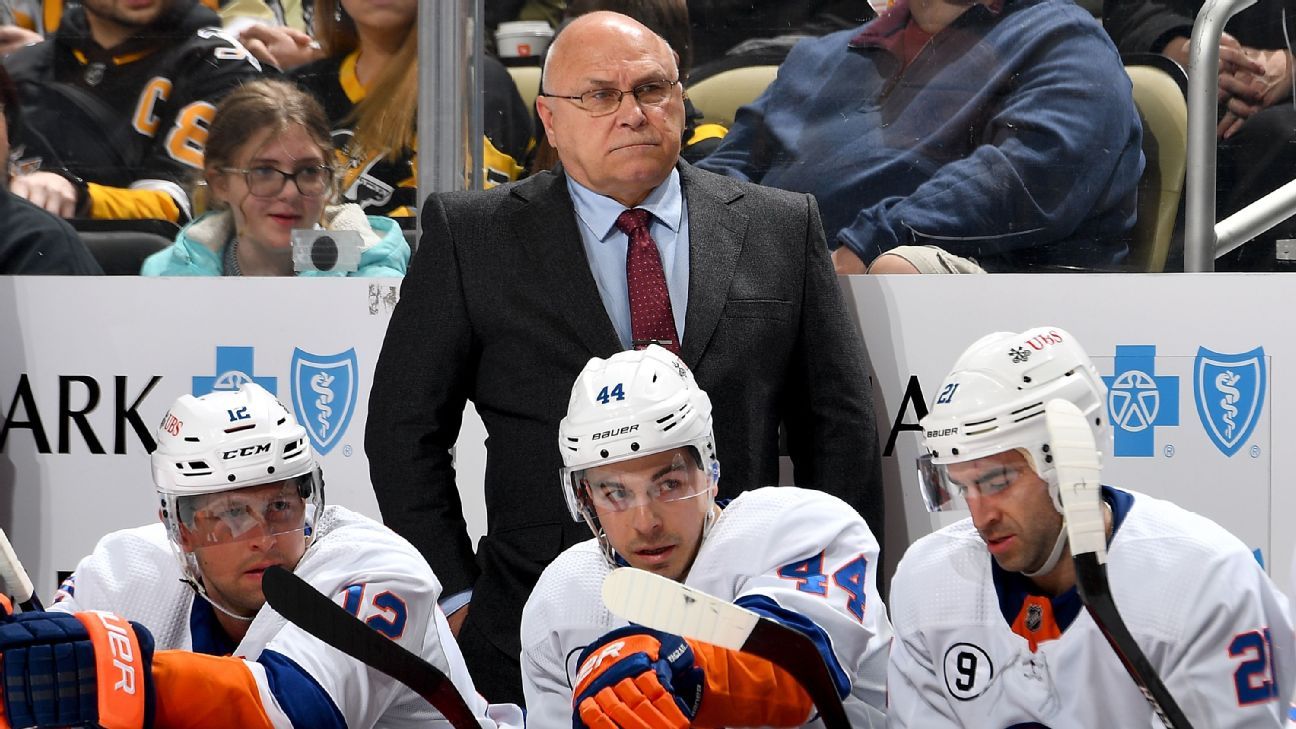 The Islanders missed the playoffs after finishing 37-35-10. Trotz still had one year left on his five-year contract.

Trotz coached the Islanders to playoffs in each of his first three years with them, reaching the Eastern Conference finals in 2020 and 2021 before losing to eventual Stanley Cup champion Tampa Bay Lightning.

A series of events beyond Trotz’s control contributed to the Islanders missing the playoffs this year. As their new arena was being completed, they opened the season on a 13-game road trip and were hit by a series of coronavirus-related absences and injuries that derailed their season.

Trotz, 59, joined the Islanders in 2017 after helping the Washington Capitals win the Stanley Cup the previous season. The Capitals at the time decided not to revise Trotz’s contract despite the championship and granted him his release.

Barry Trotz won his second career Jack Adams Award as NHL’s Coach of the Year in his first season with the Islanders during the 2018-19 season. He also won the trophy in 2015-16 as the head coach of the Capitals.

He coached the Nashville Predators for their first 15 seasons and helped them reach the playoffs seven times. His 914 regular season wins rank third among coaches in NHL history.