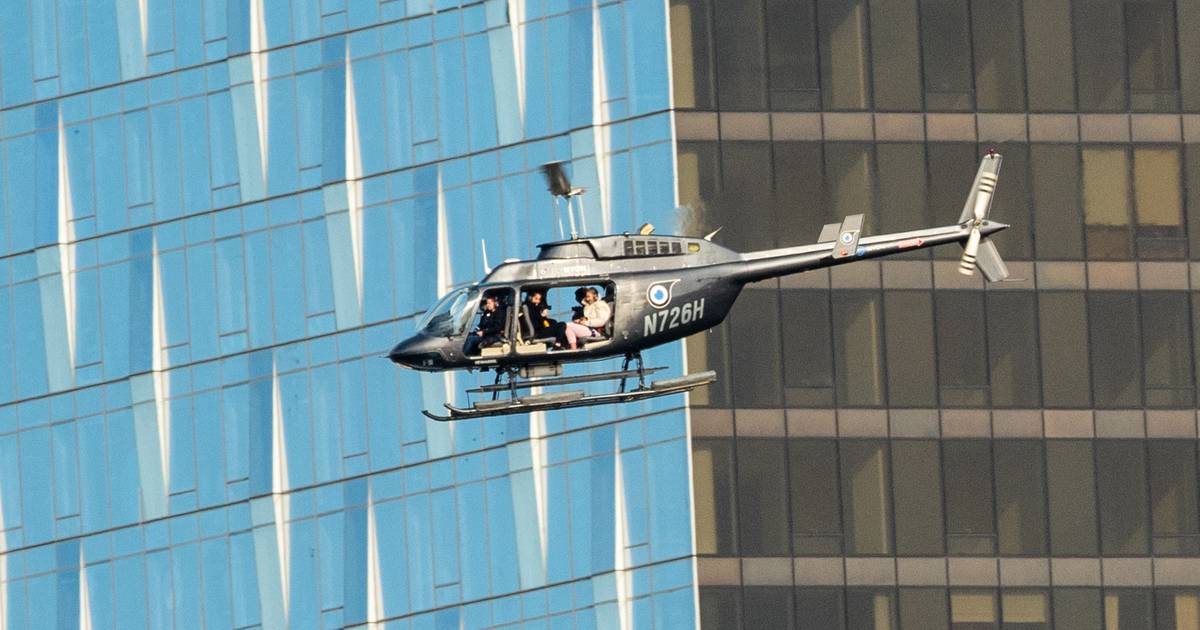 Can you hear me now?

For too long, Manhattanites have complained of stuffy noise from non-essential helicopter flights that ruin outdoor events, enjoying green space, and tranquility at home. I recently got a call from an elderly adult who lives in a small apartment on the Upper West Side complaining about the incessant helicopter noise. On good weather days, she has to close her windows and turn on the air conditioner to escape the constant buzz of helicopters above and nearby. She only finds relief when it rains.

From river to river, the helicopter noise permeates all of Manhattan – and it only gets worse. This is an ongoing disruption caused by investor-backed companies that send tourists and wealthy travelers through the air. We must prioritize the health and well-being of New Yorkers, businesses and attractions by eliminating non-essential helicopter flights over the city.

The city is limited in its ability to regulate its own airspace; its authority is replaced by the Federal Aviation Administration. Despite what local officials can do to regulate local heliports, the city has no authority to restrict the actions of flights from out of state. So New Jersey tour operators can fly over areas like Central Park and Governors Island, and charter flights can fly to Manhattan via Queens and Brooklyn.

Helicopter chartered flights by companies such as Blade, which offer travel from Manhattan to NYC-area airports, are a growing nuisance. Proponents have reported that many Blade helicopters fly with their tail numbers blocked, meaning operators cannot be identified, reducing the ability to identify patterns and trends, and holding bad actors accountable. Federal law bizarrely allows private aircraft owners and operators to hide their registration numbers.

The downtown and E. 34th St. heliports allow tourist flights, and about 30,000 and 18,000 flights use these heliports each year. The W. 30th St. Heliport does not allow tourist operators and experiences approximately 15,000 launches per year, primarily from charter flights.

There are two main heliports in New Jersey, Kearny and Linden, which allow the operation of tourist flights to New York City. Recently I took a flight to learn firsthand what this problem looks like from the air.

Check out the five best stories of the day every weekday afternoon.

Apart from increasing complaints, we have made some progress in recent years. In 2016, Mayor de Blasio announced an agreement with the New York City Economic Development Corp. to end all tourist helicopter flights on Sundays and reduce flights by 50% on other days. In addition, flights from New York City are now only allowed to fly over the river. In 2018, NYCEDC banned aerial photography helicopter flights from the downtown heliport.

At this Council meeting, I tabled a proposal that would prohibit sightseeing helicopters from taking off and landing at city-owned heliports if they exceed certain noise thresholds.

Representatives Jerry Nadler, Carolyn Maloney and Nydia Velázquez have introduced a bill that would be the ideal solution. The Helicopter Safety Improvement Act of 2021 would ban non-essential helicopter flights over any city with more than 8 million inhabitants and a population density of more than 25,000 people per square mile. That’s us. In addition, Rep. Ed Case of Hawaii put forward the Safe and Quiet Skies Act of 2021, which would ban commercial air travel from operating within half a mile of national parks and other protected areas. Both bills are in the Aviation Subcommittee and should come to a hearing.

The FAA has a history of efforts to reduce aircraft noise in populated areas; aircraft on the approach to Reagan National Airport are diverted over the Potomac River. Dense areas like New York City should receive similar attention.

In Albany, Senator Brad Hoylman has introduced a bill that creates the right to charge people exposed to noise pollution from helicopters; amendment to the Hudson River Park Act to close the W. 30th St. heliport; and amending the city charter to prohibit the city from renting space for non-essential helicopter operations. That too should pass.

All stakeholders must come together to eliminate these flights. New Yorkers and those who visit deserve to live without the damage caused by the noise.

Brewer represents the Upper West Side on the City Council.