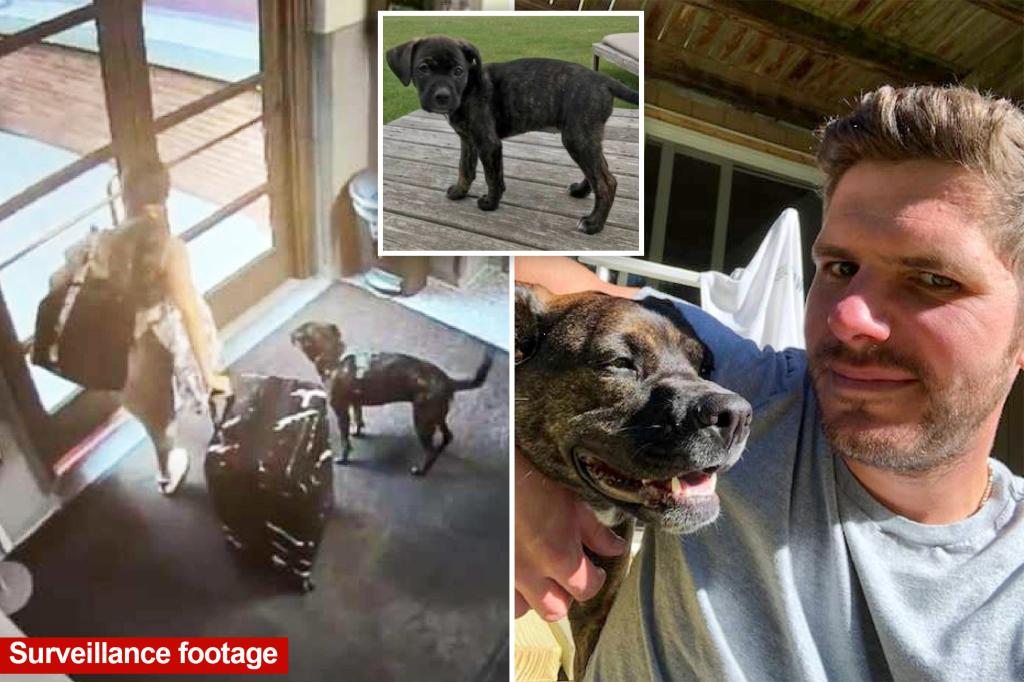 A New York man says his ex-fiancée fled the state with his beloved dog after the couple called off their engagement and is now suing to get the dog and a ring back for $11,500, according to new court filings.

Keith Glanzman, 33, alleges that Jenna DeMasi, 32, broke up with him and called off their marriage late last month, moving out of their Hudson Square apartment a week later on June 27, according to his Manhattan Supreme Court lawsuit on Friday.

Glanzman texted DeMasi that morning telling her she can visit his dog Frankie but not take the female dog out of their apartment, the filing says.

Despite the warning message, DeMasi entered their path that afternoon when she knew Glanzman would be at work and took the 5-year-old boxer-beagle mix “sneaking through the back door of the building where she had a car waiting”. claim court papers.

The paper also included a screen capture of security footage of DeMasi allegedly leaving with a black dog.

DeMasi has refused to return the dog, which she took to her parents’ home in Riverside, Connecticut, the lawsuit alleges.

DeMasi has also refused to return the $11,500 engagement ring that Glanzman gave her when he proposed on July 3, 2021, the filing alleges.

Glanzman says on multiple occasions that DeMasi was “violently and physically assaulted” and “left visible injuries,” the suit claims.

Not only does Glanzman say he is the sole owner of the dog — which he himself adopted in 2017 when he was only “causely dating” DeMasi — but his therapist has “instructed him to seek emotional support from his dog” to help. with his fear, court papers claim.

Glanzman says his anxiety started in 2018 and 2019 after three “unexpected” attacks while alone and his anxiety worsens when alone, the filing says.

The therapist said that “Frankie is necessary for Mr. Glanzman’s emotional/mental health” and Glanzman’s condition has deteriorated since then. [DeMasi] unilaterally took” the furry friend, the suit claims.

No song found for DeMasi.