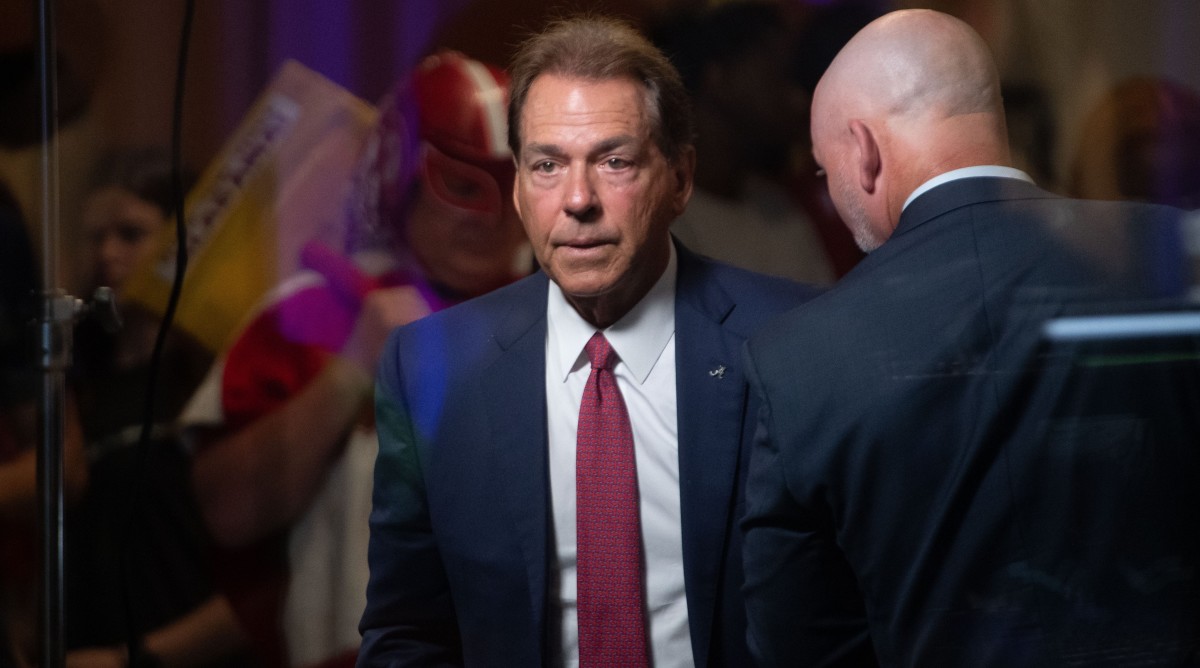 It’s hard to imagine Nick Saban anywhere but on the sidelines, but the seven-time national champion would have once considered trading his coaching clipboard for a broadcast headset.

According to an extract reported by the New York Post from the new book, Nick Saban’s Leadership Secrets by Al.com senior sports editor John Talty, Saban had meetings about potentially leaving Alabama for ESPN in 2014.

The possibility of a move to ESPN began to arise when Saban met Nick Khan, then a sports media talent agent at CAA, ahead of the ’13 season. According to Talty, Khan represented high-profile television personalities at the time, including Kirk Herbstreit, Skip Bayless, Colin Cowherd, Mike Greenberg, and many others.

However, it was after the infamous ‘Kick Six’ loss to Auburn that led Saban to seriously weigh his options, according to Talty. After the Crimson Tide was eliminated from the national championship with a heartbreaking Iron Bowl loss, Saban reportedly “allowed Khan to contact ESPN with the message that Saban was thinking about the following chapter in his career and considered whether the media could be a part of that,” Talty reports.

Khan then reportedly arranged a meeting between Saban, his coaching agent Jimmy Sexton, and Syracuse’s athletic director John Wildhack, who was a senior executive at ESPN at the time. According to Talty, Alabama’s coach “has looked into” the possibility of joining ESPNs College GameDayWildhack questions about life at ESPN, the organizational structure of the company, and whether it was like “working in a team.”

In the end, Saban decided to return to Tuscaloosa, where he has since won three national championships, but his interest in a role in the sports media was legitimate at the time.

Nick Saban’s Leadership Secrets will be released on August 9.

Daily Coverage: She kicked for Vanderbilt, and then it got tough