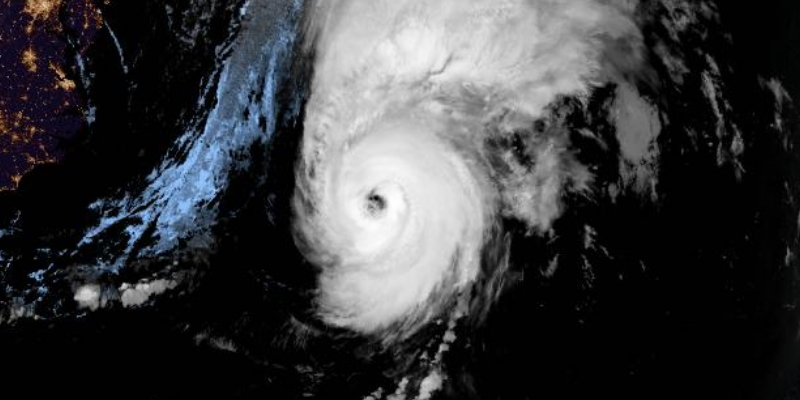 Fiona is now pounding the Halifax area with approximately 8,500 customers without electricity.

The hurricane will mainly target the western part of Newfoundland, the south and southwest coasts. It has now fallen to Category 3, but it is still a very powerful storm.

Fiona will make landfall in eastern Nova Scotia tomorrow morning, so winds will pick up overnight as the storm gets bigger. However, it takes on speed, currently moving at 56 km/h.

The Port aux Basques area could see up to 100mm of rain over the next two days, with smaller amounts in the Corner Brook area and the south. However, there are storm surge and wave warnings for all south-facing shores and the shores along the Gulf of St. Lawrence.

Rob Carroll, a meteorologist at the Gander Weather Office, says records could be broken in the southwest corner.

There is the potential to have the highest water levels ever in the Port aux Basques area.

It should be a decent few days on the Avalon, east coast and downtown, but those areas will feel some impact, as will southern Labrador where winds will hit 70kph tomorrow.

The Maritimes will really feel the wrath tonight with a lot of water and high winds.

While Fiona has its locations on the western part of the island, the magnitude of the storm means most of the province will feel its effects with high winds expected in most areas.

Residents across the province are being reminded to bring in or secure loose or fragile outdoor items.

Residents are also reminded to have an emergency kit on hand and to have their devices fully charged and have batteries on hand for radios and other items.

Municipalities are also being asked to clear roads, ditches and drains of debris, that emergency plans are reviewed and ready, and that provisions are made for the continuation of essential services.

It’s important to have a three-day emergency kit ready – here’s how you can prepare one on a budget: https://t.co/MGVsNVJbD9 pic.twitter.com/pZNYHFq3Kr

All crossings on the Gulf of St. Lawrence have been canceled for tonight, tomorrow and Sunday morning as Marine Atlantic prepares for Hurricane Fiona.

The storm is expected to bring sustained winds in excess of 100 km/h, severe storm surge and torrential rain to both Cape Breton and the island’s southwest coast.

Marine Atlantic says additional mooring equipment will be used to dock vessels at both Channel-Port aux Basques and Northern Sydney.

Meanwhile, the mayor of Channel-Port-aux-Basques, Brian Button, says they are preparing as best they can.

Button says residents of the region are used to preparing for powerful storms, but admits this one is especially worrisome.

The town of Corner Brook is also bracing for the storm and hoping for the best.

⚠️ Weather warnings and watches have been issued for Newfoundland and Labrador. Keep following the forecast in your area and be prepared. For current forecast information, please visit: https://t.co/9NTZB2kA9W #GovNL #Fiona #nlwx pic.twitter.com/oUeAKWm8kn