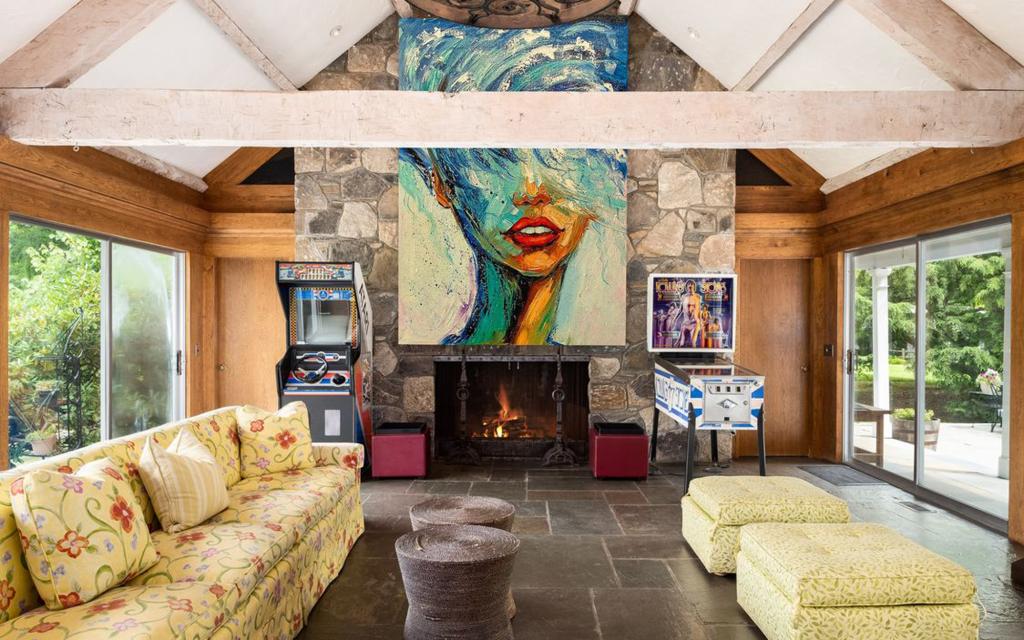 This address is a celebrity in the art world in its own right.

The Westchester Estate of world-renowned contemporary art collectors Sherry and Joel Mallin has entered the market. The peaceful Pound Ridge property is listed by Mary H. Palmerton by Houlihan Lawrence and is asking for $8.5 million.

“The overwhelming, unsolicited comment is made day in and day out by people who say, ‘It’s so strangely calm in here,'” Sherry Mallin told Crain’s of a common reaction to the 14 acres she and her husband had been building for some 40 years. . “It just exists. Everyone feels it.”

The compound’s features are impressive on paper: It has a total of eight buildings, including a 1930s main building and a 9,200-square-foot museum-quality “Art Barn” exhibit space—as well as an in-ground swimming pool, pool house, lake and an apple orchard. There are separate red and white wine cellars, the red guarded by artist Tony Matelli’s “Sleepwalker” statue, as well as a caretaker’s residence, two guest rooms and a garage surmounted by a studio apartment.

Add to that the fact that the address is known in certain circles for its more than 1,000-piece collection of works by a wide variety of 20th-century masters and the list is far above most other retreats in the state.

The two-story Art Barn has “all the specs you need to create a museum,” Sherry noted, and the pair have used it as such to display their collection of works by the likes of Sol LeWitt, Richard Serra, Anish Kapoor and Andy Goldsworthy. . The property’s landscaped grounds have also served as a sort of private open-air museum, housing nearly 70 sculptures. (By comparison, the Storm King Art Center grounds contain about 115 sculptures.)

The Mallins plan to break up their collection with the sale of the property, by donating, selling, or donating most of it—leaving only one Goldsworthy work to the buyer of the property, with the possibility of more.

“My dream is that there is a fantasy person who loves art and loves sculpture, who would buy all the sculpture and just leave it alone,” Sherry told Crain’s. “But I’m also practical. The art will live on no matter what we do, because it has a longer lifespan than we do.”