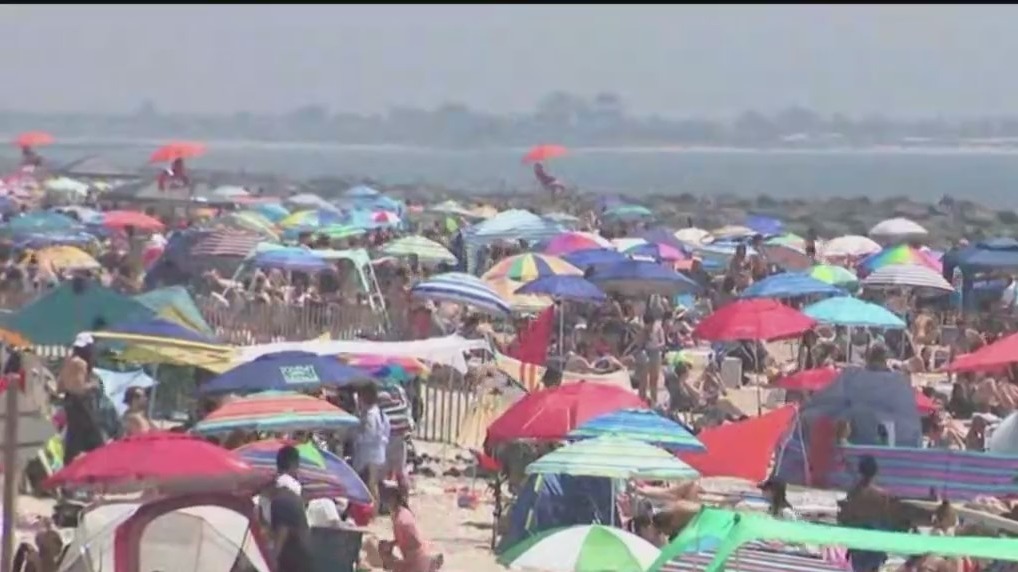 ROCKAWAY BEACH, Queens (PIX11) — Memorial Day weekend is the unofficial kick-off to summer, and this year’s near-ideal conditions, especially at the beach, made it feel like summer. One thing beneath the surface, however, was literally cause for concern.

George Herrera, a beachgoer who dipped his toe in the Rockaway Beach surf, succinctly summed up the situation.

“It’s cold!” he shouted from the water’s edge. “That water is really cold.”

Durel Kirkland, who satisfied his beach urge by throwing a Frisbee with a friend instead of getting wet, agreed.

Several weather sources, including Watertemp.org, advised people to wear thick wetsuits when considering getting into the water. Seatemperature.org pointed out Monday’s water temperatures without a wetsuit could lead to hypothermia after four hours of sustained activity in the water.

However, with much shorter exposure, the firm water has a positive effect, says swimmer Karla Florez.

“Super cold,” she said seconds after coming out of the surf. “Pleasantly cold,” she added.

Where she swam, on Rockaway Beach around Beach 92nd Street, wasn’t particularly busy. The rest of the beach was.

The reason for the difference was that in the part of the beach where she was, there are no lifeguards.
Red flags, warning against swimming, were placed along the beach between Beach 92nd and Beach 95th Street, and between Beach 109th and Beach 111th Street. Heavy construction equipment and SUV-sized boulders will be placed in those areas as part of a US Army Corps of Engineers project to fortify and improve the beach.

As for the orders not to swim or wade, local resident Adam Cardone tried to rationalize how and why some people ignored them.

“I don’t think anyone cares,” he said. “I think people are tired of following the rules.”

However, they are rules that can save a person’s life.
Rockaway Beach stretches for 135 blocks along the Atlantic coast, and only about an eight-block area has the most extensive restrictions. More details on this are available here.

As for the city’s eight other beaches, there are few, if any, restrictions. Swimming between 10am and 6pm can ensure a safe, fun summer there when lifeguards are on duty.