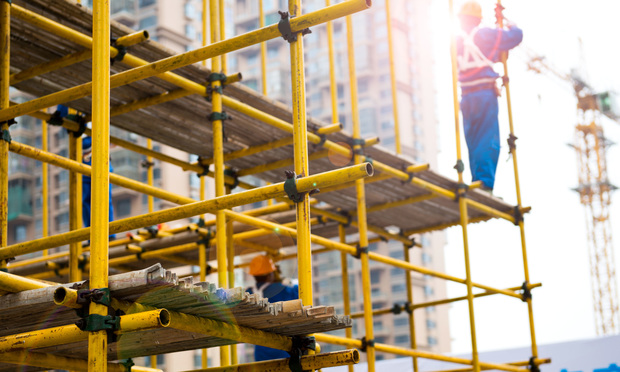 Two New York developers who bought an aging office tower in NYC’s financial district have unveiled their plans to convert the 30-story building into 571 market-ready apartments.

A joint venture of Silverstein Properties and Metro Loft agreed in May to purchase 55 Broad Street, which opened in 1967, for $180 million from Rudin Management.

Recently, the partnership said the building will be converted into apartments over the next three years, making it the largest adaptive office-to-apartment reuse project in NYC so far this year.

According to a report in The Wall Street Journal, one-third of the office space at 55 Broad is currently vacant. The tenants in the building are mainly financial service providers and tech companies.

The apartment conversion is “the right evolution of these struggling, underperforming older office assets that are approaching obsolescence,” said Nathan Berman, founder and director of Metro Loft. WSJ†

Silverstein and Metro Loft plan to convert the 425K SF 55 Broad building into apartments ranging from studios to three-bedroom apartments.

When the Rudin family developed 55 Broad, it was planned as the headquarters for Goldman Sachs, but the investment bank moved in 1983. The building was renovated in 2019, including a new lobby.

NYC office occupancy rates have hovered around 42% for the past three months, according to Kastle’s Back to Work Barometer, which tracks ticket swipes in 10 cities.

As companies embrace hybrid work strategies, many are shrinking their office footprint and choosing to migrate to newer buildings with more amenities.

Older buildings qualify for adaptive reuse, and not just because they struggle to keep their office space filled. Buildings built before the 1970s tend to be more suitable for conversion to apartments because of their floor plans and the amount of natural light they let in.

Modern office buildings – those less than 50 years old – usually have large floors that are not conducive to living space. Converting newer office buildings to apartments would in many cases require the installation of windows, increasing the cost of an adaptive reuse project.

Office conversions to apartments have created a total of more than 13,000 apartment units in 2020 and 2021, according to RentCafe. That total is expected to increase significantly in 2022 as hybrid work patterns take hold.