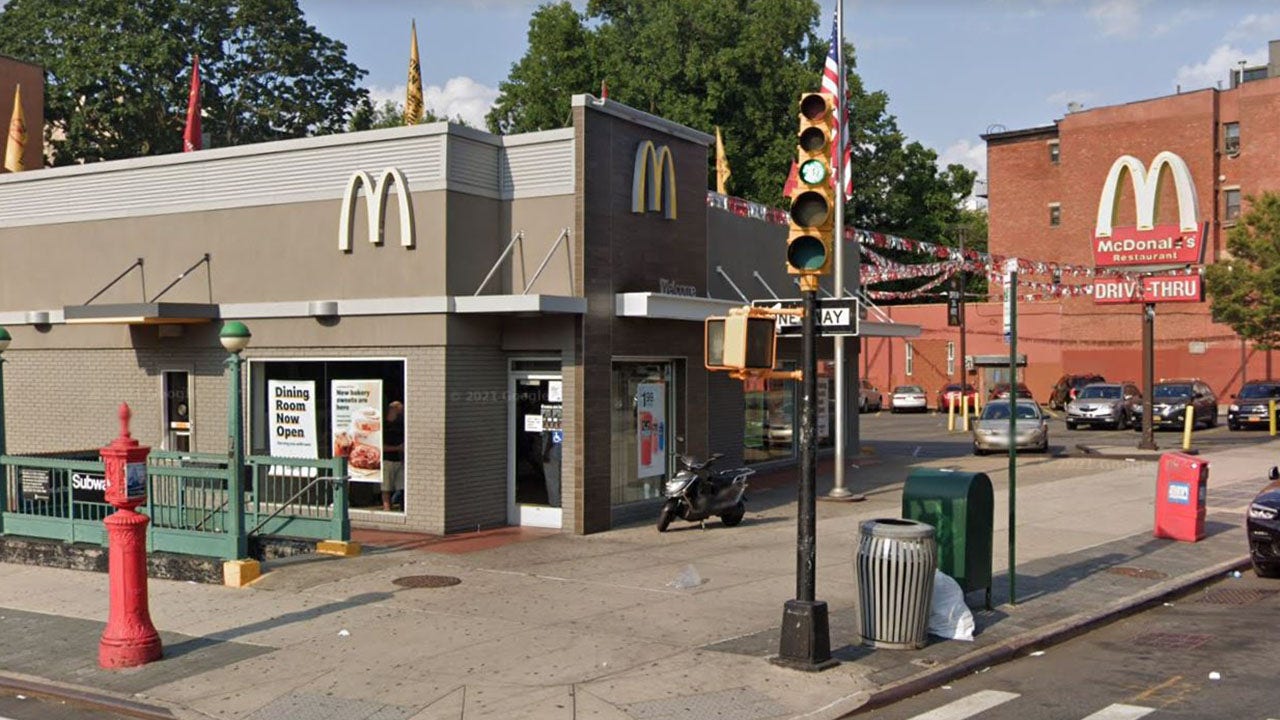 A McDonald’s employee in New York City was in critical condition after being shot in the neck Monday night while arguing with a customer over a food order, authorities said.

The shooting happened around 7 p.m. at a McDonald’s restaurant on Fulton Street in the Bedford-Stuyvesant neighborhood of Brooklyn, FOX5 New York reported, citing police.

A female customer argued with a 23-year-old employee over her order, according to WPIX-TV. The dispute escalated and spilled onto the street in front of the establishment.

During the altercation, the woman’s 20-year-old son approached the worker and shot him in the neck, authorities said.

According to the authorities, the dispute ran into the street from the fast food restaurant.
(Google Maps)

The victim was treated at Brookdale Hospital, where he remained in critical condition on Tuesday.

Police said the 20-year-old alleged gunman has been arrested. No charges were readily available.

Authorities did not immediately identify anyone involved in the incident.

This is the latest violent incident against fast food workers to take place in New York City this year.

In January, 19-year-old Kristal Bayron-Nieves was shot dead behind the cash register of a Harlem McDonald’s after handing cash to an armed robber.

In March, a 23-year-old Manhattan McDonald’s employee was seriously injured after being stabbed multiple times with a box cutter, FOX5 reported.