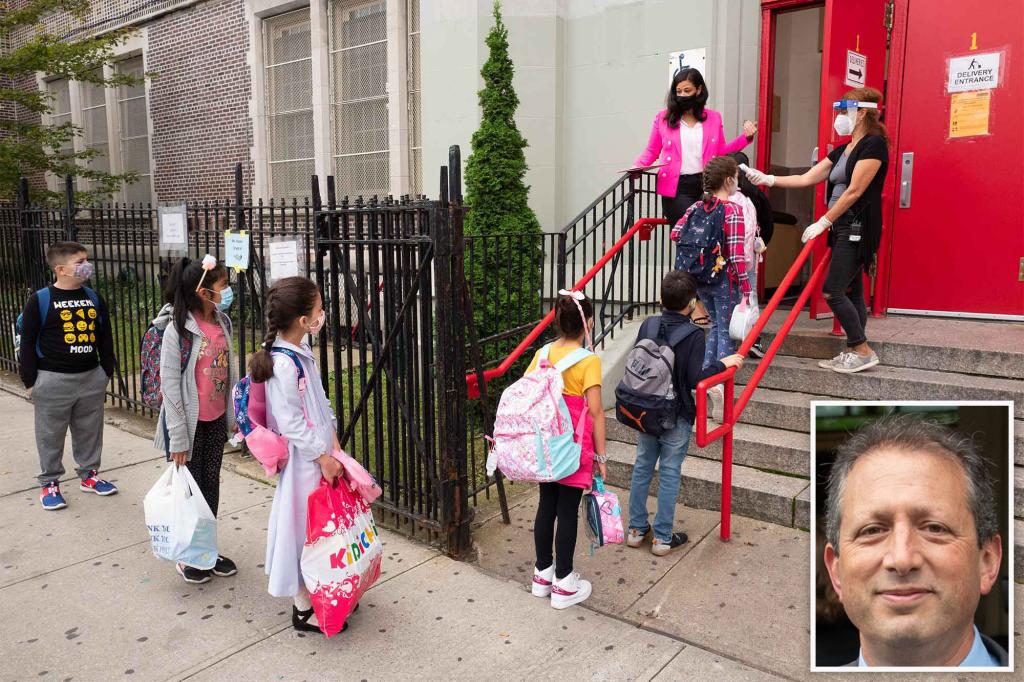 Big Apple public schools have hundreds of millions of dollars in federal COVID-19 aid left over from last school year, according to a city government analysis released Monday.

In all, the Department of Education has $4.4 billion in stimulus money it must spend by the 2024-25 school year, when the money ends, Comptroller Brad Lander said.

The auditor’s year-end tax assessment found that of the $3.02 billion budgeted by the DOE for the 2021-22 school year, an estimated $505.6 million in time-sensitive funds has yet to be committed.

Lander argued that the amount was more than enough to cover controversial cuts to individual school budgets related to declining enrollment.

“Preparing for the future means fully funding our schools to help our children recover from the pandemic and to get our fiscal house in order for the possibility of a recession,” Lander said in a statement.

“Our year-end analysis shows that we can do both. There is no fiscal need to shortchange our children,” he added.

Mayor Eric Adams and his administration introduced the cut of at least $215 million for schools in February, in part a phasing in a pre-pandemic policy to tie principal budgets to student enrollment, which is on the decline.

Officials say the approach, often used by school districts across the country, is necessary as the public system continues to drain students. Many families are looking for other options, from getting out of the city to trying non-traditional education, such as charter schools or homeschool.

Adams called it “dysfunctional” for the city to pay the same amount for a school system that serves fewer students, and warned of a looming crisis if the Big Apple doesn’t start weaning schools from the declining federal dollars.

“We are about to fall off a financial cliff once the stimulus dollars run out,” he said last month.

Lander’s latest analysis estimated that the cuts to the Fair Student Funding formula, the main source of principals’ budgets for teachers and other school supplies, are closer to $469 million. The formula also foresees that school leaders will spend less on experienced teachers, reducing the base amount allocated per student at school level.

Dozens of other sources of funding are added throughout the year, according to City Hall.

“Every student in our school system gets 100% fair student finance,” said a spokesperson for the Mayor’s Office. “We will continue our efforts to provide schools with the resources they need.”

Supporters of the austerity recovery have asked the mayor to use the COVID aid to support students and teachers as schools struggle with the effects of pandemic-era learning.

“City Hall and the DOE need to come up with a transparent, long-term plan to support our children and help them overcome the impact of the pandemic,” said Michael Mulgrew, president of the United Federation of Teachers. “The money is there. They have to act.”

The DOE referred a request for how the agency plans to use unspent funds to City Hall.

Officials broadly stated that funding has been allocated to other programs and needs – and aid allocated to school budgets should be diverted from other initiatives.