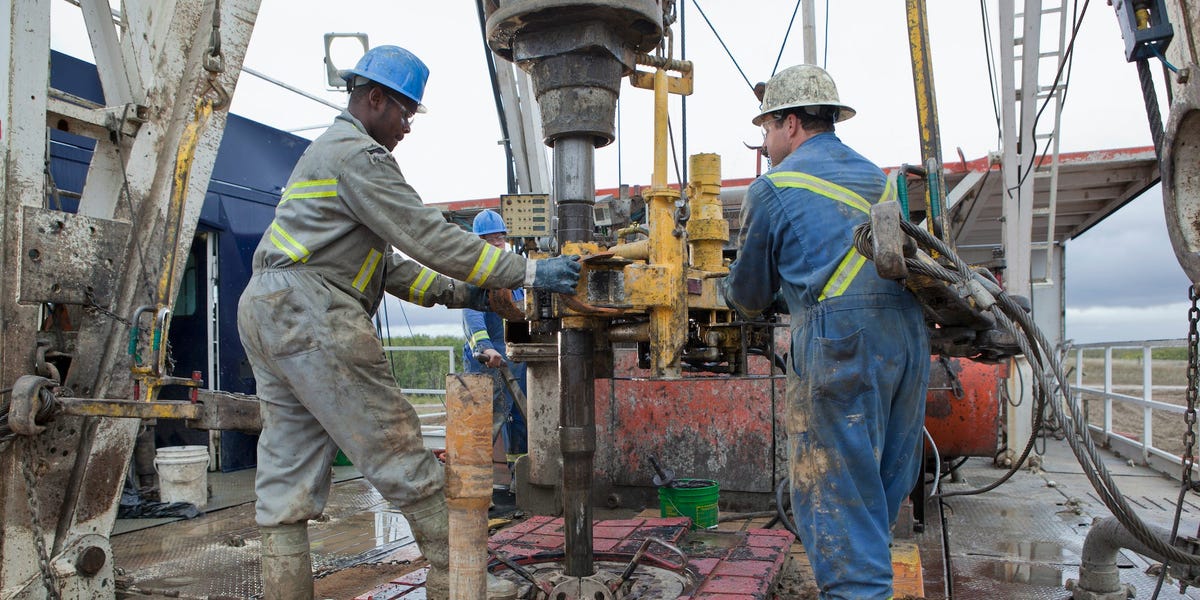 According to Bank of America, oil prices could rise or fall depending on what happens next in global markets.

increasing fear of a

have sent crude oil prices into their second consecutive weekly decline, but they remain above $100 a barrel amid still high demand and limited supply as inflation, aggressive central banks and war still loom.

Rising inflationary pressures from food to energy to services, coupled with rapid rate hikes, suggest oil demand will not fully recover to pre-pandemic levels until next year, analysts wrote in a recent note.

The various cross-flows and risks left BofA with a wide range of options. For now, analysts see no recession and still expect Brent crude to average $102 a barrel in 2022 and 2023, after averaging about $104 for the year so far.

However, a recession would lead to a drop in fuel consumption and oil prices could fall by more than 30% from current levels, according to BofA estimates.

If growth moves south, any easing of central banks’ monetary policy would support oil prices somewhat. So even in the event of a recession in 2023, BofA expects crude oil to average over $75 a barrel.

Then there is Russia’s war on Ukraine and the sanctions Western governments have imposed to punish Moscow.

As Russia’s EU oil embargo kicks in for the rest of the year, more and more barrels could disappear from world markets, hitting Russian production and sending prices skyrocketing.

If European sanctions push Russian oil production below 9 million barrels per day, oil prices could rise to $150, BofA warned. Indeed, the long-term ramifications of such supply disruptions are not fully understood, it added.

Still, the market does not seem to appreciate a decade-long Russian supply crisis, as long-term oil prices have remained firmly anchored in our long-term oil price band of $60 to $80/barrel, analysts said. “So extended sanctions on Russian energy could act as a price floor even as downside risks to the spot oil price mount.”