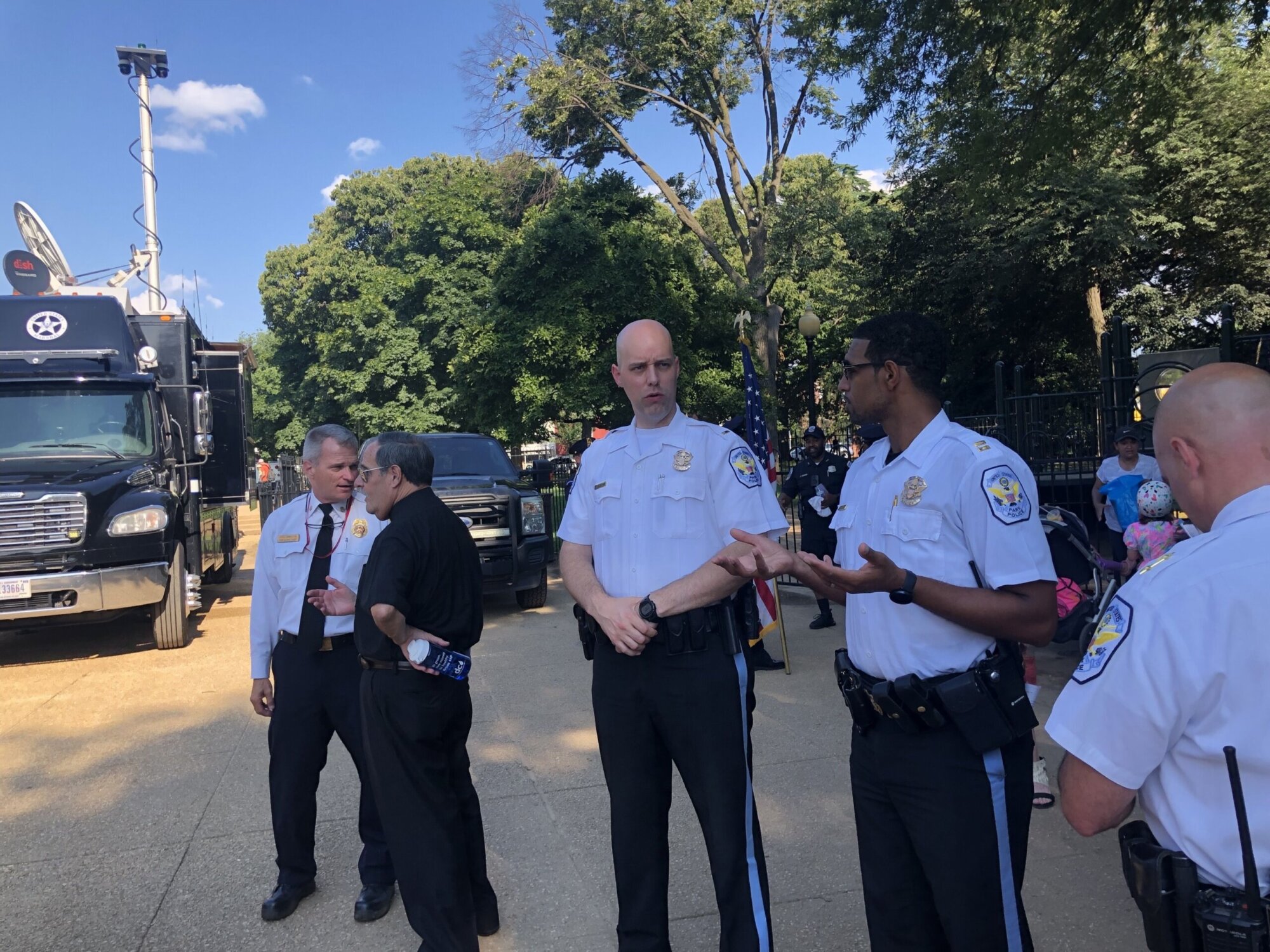 Some of the district’s top public safety leaders led a National Night Out in northeast DC Tuesday night.

Some of the district’s top public safety leaders led a National Night Out in northeast DC Tuesday night.

The annual event, which has been curtailed by COVID-19 in recent years, took place in Lincoln Park, where police and neighbors came together to promote safer neighborhoods.

But some neighbors who showed up were all too familiar with the terrifying reality of gun violence in urban neighborhoods.

As officials including Charles Allen, Councilor of Ward 6, who chairs the Council’s Justice and Public Safety Committee, spoke from a podium and renewed commitment to safer neighborhoods, a Night Out resident recalled imagine the horrors of life punctuated by illegal gunfire.

“I had just put my young children to bed and was in the living room with my husband. We heard about 40 shots; it sounded like. We hit the floor right away because it sounded very, very close,” said Christen McConnell of Monday night’s shooting in the 1500 block of F Street NEnot far from her house.

McConnell and her family are no strangers to the sound of the city’s illegal gunfire.

“This is the fourth time I’ve called 911 in 2022 for gunfire within one block of my house,” McConnell said.

The U.S. Attorney for the District of Columbia promised the Night Out crowd that he would do his utmost to fight gun violence.

“As someone who has lived in the district for more than 20 years and raises a family here, I am very personally invested in keeping our community safe,” US Attorney Matthew Graves said.

But residents fearful of the gun violence insist that more can be done to curb illegal weapons.

Concerned for the safety of her children and grandchildren, she said violent criminals who are brought to justice are quickly put back on the streets.

“There is a plethora of levels of brokenness,” the resident said.

McConnell said there was a parade of several detectives outside her door after every shooting she reported in her neighborhood. However, she added that the police need to improve communication with residents and the city needs to fight a more united fight against gun crime.