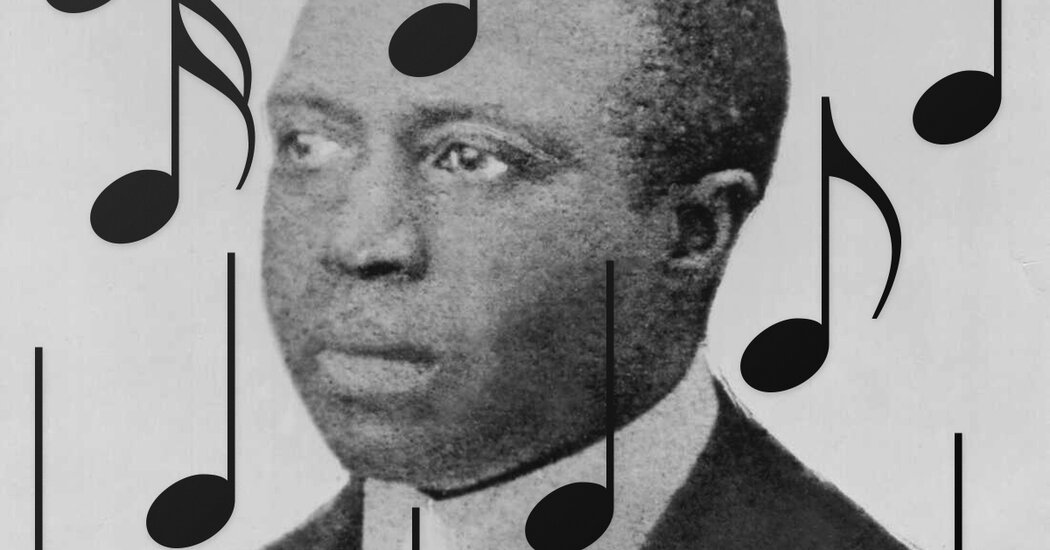 Second, Joplin is more than just someone who wrote some great piano pieces, was Black and died. He is part of the story of American classical music that has never quite captured popular attention, where classical drinks in the musical substrate born here of Black and Native American and immigrant peoples and becomes something new. The Czech composer Antonin Dvorak sounded the call for such a music, wrote some examples, such as his Symphony No. 9, “From the New World,” but then went home. Gershwin, as I have written, pointed the way with “Porgy and Bess” but then died young. Black composers such as William Grant Still, Florence Price, Margaret Bonds and William Levi Dawson continued the mission in the mid-20th century, but racism kept all but a few from hearing or knowing what they did.

Like Dvorak and Gershwin, Joplin was a part of this tradition. Like Gershwin, cut off too soon by death, he was composing a symphony by the end of his life as well as another theater piece. Also, his ragtime mission did not precisely end with him: In the last half-century, rags have been written that intriguingly blend modern classical harmonies (and manual virtuosity) with the ragtime form. William Bolcom’s works in this vein are invaluable. A nice way to get ragtime under the fingers while having something to play for people besides “The Entertainer” is to master Joplin’s “Gladiolus Rag” and then Bolcom’s “Graceful Ghost,” one of the prettiest piano pieces ever written, period.

Finally, the meme that Joplin died frustrated that he never saw “Treemonisha” performed, except for a rickety backer’s audition in an auditorium that elicited no takers, is false. It was performed at a theater in Bayonne, NJ, in 1913. That this was not Broadway did not mark it as a failure: In Joplin’s time, Broadway was indeed central, but the essence of a piece’s life was on the road. Whole careers flowered on tour while only ever stopping off briefly on Broadway — “New York’s just a stand,” the actress Minnie Maddern Fiske once said during this era, just one place a performer passed through.

The conductor Rick Benjamin (who wrote the magisterial liner notes — essentially a book — for this recording of “Treemonisha”) says that Joplin could not have been staking his hopes on something as hopelessly unrealistic in the 1910s as white opera houses like New York’s Met mounting a Black man’s work about sharecroppers. Joplin wanted to communicate with Black audiences of his era, and there are indications in his scoring of the opera that he meant it to be played by a smallish ensemble, of a kind theater houses of modest means would have used at the time. That happened in Bayonne, and scattered advertisements and announcements suggest that for Joplin, “Treemonisha” was an ongoing project he was aiming at the venues he could find.

To get a sense of the man, I can’t help recommending the 1970s biopic “Scott Joplin,” starring Billy Dee Williams. The dashing Williams was delightfully miscast as the rather reserved and socially unmemorable Joplin, but he did his job, and his charm at least helps dispel any notion that Joplin’s life was a galumphing misfire. The movie has a fantastic cutting contest scene, in which the veteran pianist and composer Eubie Blake cameos. And, of course, the music is ambrosia.