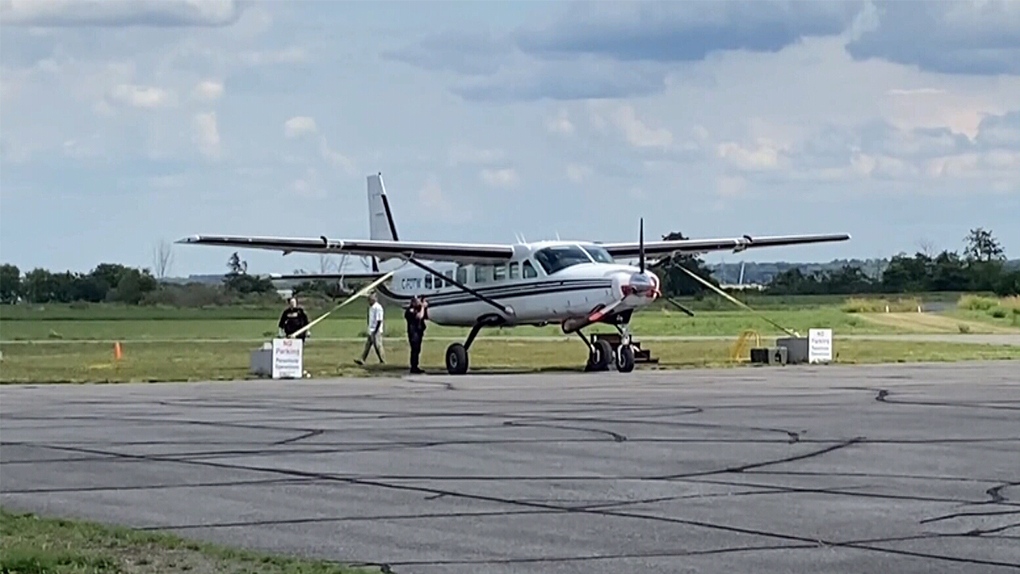 An Ottawa firefighter has been killed in a parachute jump in Arnprior, Ontario.

Emergency services responded to the incident at Arnprior Airport at approximately 12:45 PM

Ontario Provincial Police said one person was killed in the incident and an investigation is underway.

CTV News Ottawa has learned that the victim is Ottawa firefighter Jeff Dean, a member of Station 12 on Fifth Avenue in the Glebe. Dean, 45, was a resident of Fitzroy Harbor.

“Jeff passed something he loved, skydiving,” Ottawa Fire Chief Paul Hutt said in a message to the Ottawa Fire Department.

“He was a wonderful person, firefighter and the leader of our Fire Ventures program. The news of his passing is difficult for the entire firefighting family.”

Nolan says despite efforts by bystanders and paramedics, the victim was pronounced dead at the scene.

Police spent the afternoon at the airport investigating.

“The OPP is proud to conduct a very thorough investigation,” said Roberge. “So they’ll be here for as long as it takes to make sure they’ve discovered everything they might need to do a proper investigation.”

Parachute Ottawa and Mobility Lab Inc. operate from Arnprior airport. The airport manager says they have been informed that Parachute Ottawa is working with Ontario Provincial Police as part of the investigation.

OPP says the Ministry of Labor has been notified.

“I want to express my deepest condolences to his family, friends and his firefighting family at this difficult time,” Hutt said in a statement released to media.

It is with great sadness that I announce that we have lost one of our own people today. Firefighter Jeffrey Dean, Station 12-C, was a beloved member of the Ottawa Fire Department. I want to wish his family, friends and fire family a lot of strength in this difficult time. pic.twitter.com/1YWv2u7sQR

In May 2021, two men were killed in a parachute jump at Gatineau airport.

In 2017, a woman died in a parachute jump in Pembroke.