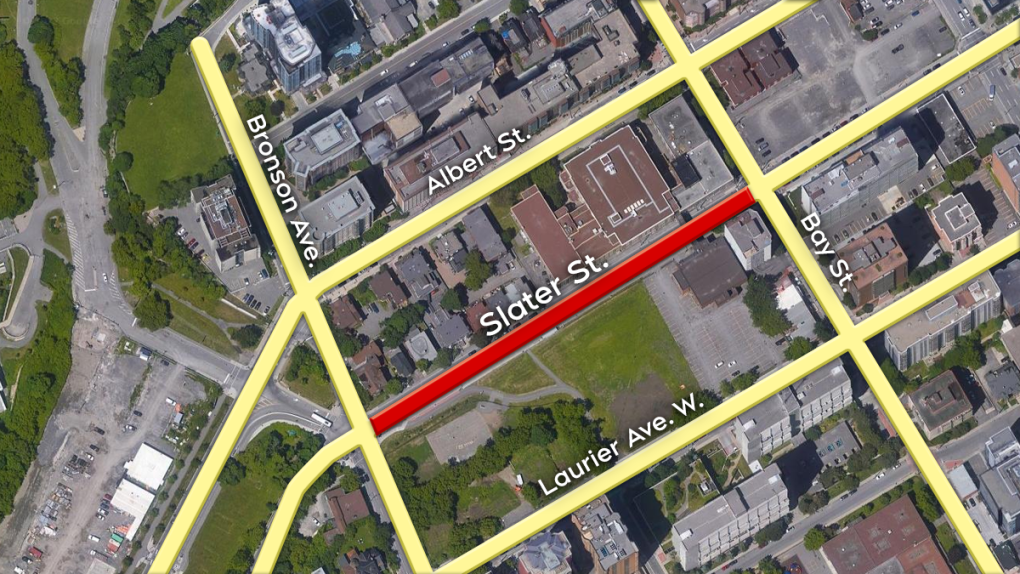 A block of Slater Street, a major corridor in downtown Ottawa, will be closed for two weekends this month due to construction.

The City of Ottawa says Slater will close Bronson Avenue to Bay Street from 9 a.m. August 12 to 10 p.m. August 14, although some overnight operations may continue until 2 a.m. Monday.

A second closure will take place from 9am on August 19th to 10pm on August 21st.

“These weekend closures are needed to facilitate major sewer and water works that cannot take place during the week due to traffic restrictions,” the city says.

There are diversions for motorists, cyclists and OC Transpo. Commuters are diverted via Laurier Avenue and Bay Street. Slater will remain open to local traffic during the shutdown and will temporarily become a two-way street. Residents can access Slater from the Bay Street intersection.

The work on Slater is part of a $43.7 million project to rehabilitate Albert Street, Queen Street, Slater Street and Bronson Avenue. The entire project is expected to be completed in 2024.