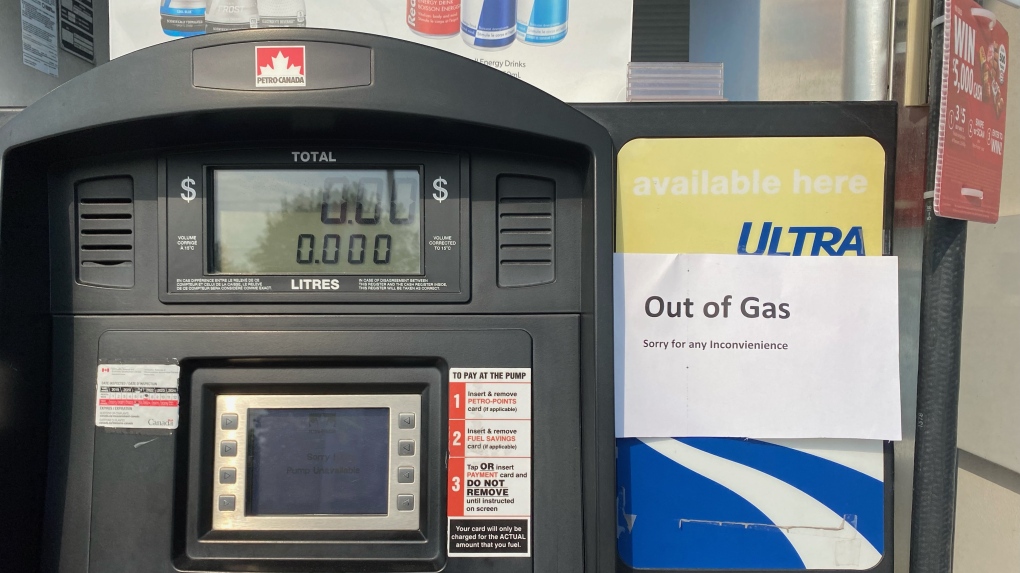 There was some relief at the pumps this long weekend as Ottawa gas dropped below two dollars a liter.

Prices fell nearly ten cents before the unofficial kick-off to summer, but with more demand at the pumps, some gas stations ran out of fuel.

That was the case at a station on Eagleson Road, where there was no gas for hours.

A sign at all pumps reads, “No gas, sorry for the inconvenience.”

Kanata gas station staff said they were waiting for a tanker truck between 6:30 AM and 1:30 PM. Due to the delay, many left without refueling.

Those who were out and about this weekend are feeling the pinch of expensive gas.

“The total cost of the ride in this two-liter turbo I think was about $80,” said Osama Navaid, who traveled from Milton to Ottawa this weekend.

“My truck used to cost about $100 and now it’s nearly $200 to fill it up,” says Ted Vonboetticher, an Ottawa resident. “I hope these prices will eventually come down. I think people have come to their senses with the price of gas at this point,” he said.

While there was some relief, experts say it won’t be long.

“I’d expect to be back to $2.10 a liter probably in a week or so,” said Dan McTeague, president of Canadians for Affordable Energy.

McTeague said that’s because when the United States gets its unofficial start to summer next week, it will put pressure on gas prices north of the border.