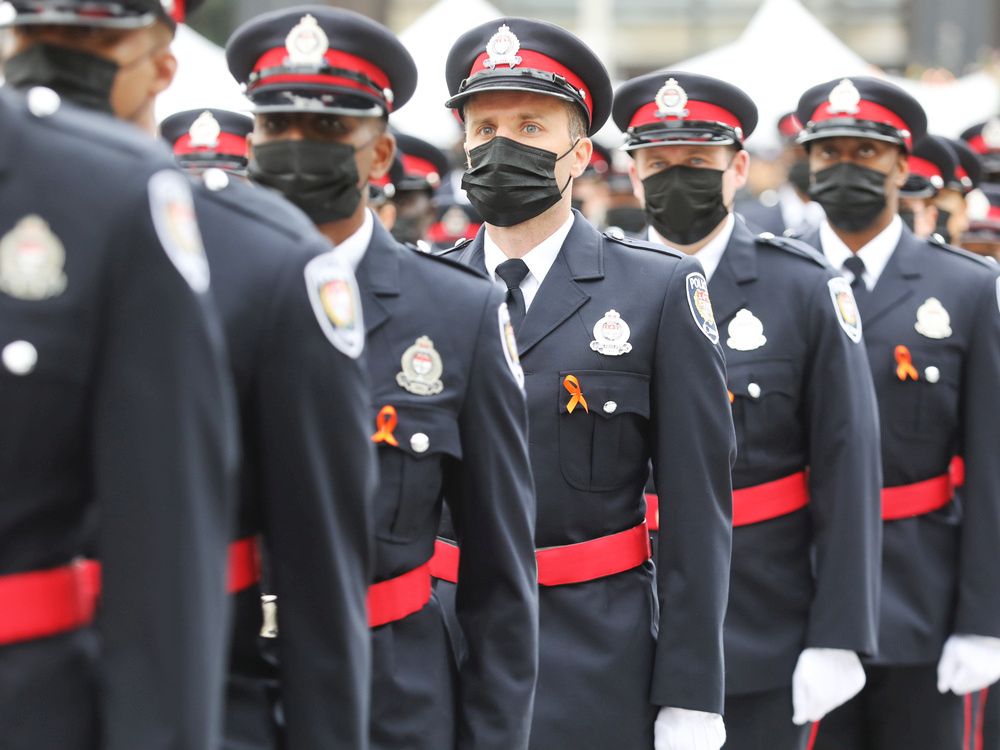 A community consultation has determined that Ottawans want their next police chief to possess an “impossible” combination of attributes.

The consultation, conducted by Hefid Solutions on behalf of the Ottawa Police Services Board, generated more than 1,400 responses to an online survey and included face-to-face and virtual meetings with community members.

In the end, the consultation produced such a wide variety of responses that Hefid Solutions concluded in a report presented to the board at a meeting Monday that the perfect Ottawa Police Chief may not exist.

The online survey asked respondents to indicate whether they thought the next chief should be, among others, “a change agent”, a “capable administrator” or “an experienced person dealing with complex problems”.

Respondents were almost unanimous in weighing all characteristics as important. The report acknowledged that “it is impossible to have one person who possesses all the qualities”.

Margaret Campbell, chief of municipal and public sector practice at the executive search agency Odgers Berndtson, which the OPSB hired to help them find a new chief, said Hefid Solutions’ consultation and report would help inform the company about searching for potential candidates.

However, the report was criticized by some who questioned its usefulness.

“Asking the community for their input on hiring the next chief, while we know that this process is very much internal to the police board and the police, is in my mind almost unfair to suggest that people will have an input, because we know that people are just going to suggest polarized opposing views,” Inez Hillel, an economist and co-founder of Vivic Research, said in an interview.

The consultation data, which Hefid Solutions made available online, revealed thousands of comments describing what respondents to the company’s survey wanted in the next Ottawa Police Chief. Respondents ranged from “Freedom Convoy” supporters who were critical of the OPS’s response to the protests earlier this year, to those who wanted a complete cut in funding for the service, and still others who wanted to see police funding increased.

The survey, available in English and French but no other language, was also designed to help the administration determine priorities for the next Ottawa police chief. Respondents mentioned reducing gun violence and increasing police accountability as top priorities. A third of respondents also said they were concerned about OPS’ staffing levels and that the agency would not be able to keep up with Ottawa as the city continues to grow.

Seven percent of survey respondents said they worked for the OPS.

Hillel said the report also does not identify the individuals who provided information and comments.

“They’re taking all these last recommendations and just putting them together without paying any attention to who’s saying what,” she said, “and I think you lose a really important part of this engagement because of that.”

Hector Addison, the head of Hefid Solutions, told the board on Monday that the report did not disclose the identities or details of those involved in the consultation due to privacy concerns.

The Police Board approved hiring Hefid Solutions in May to conduct the consultation at an estimated cost of $76,500, with $7,500 of that amount budgeted for fee payments — $50 payments provided to some participants as a token in exchange for their participation.

Addison said Monday that Hefid Solutions had exceeded its fee payment budget and spent $11,100 because, he said, the consultation reached more people than expected.

Mandi Pekan, a community-based mental health professional and project director of the Street Resilience Project, which focuses on black and racialized men’s experiences with the police, said the consultations failed to reach the people most affected by the police work.

“This report really provides this imaginative, fictional story of how we can make the police more compassionate to restore our trust in the police, but it also fails to understand that the issues we face are systemic and cannot be changed by the actions of individual agents and agents. an individual chief of police,” she said. “Essentially, we invested nearly $76,000 in a report that fails to address the issues almost inherent in policing.”

The OPS has been without chief since Peter Sloly resigned after criticism that the agency did not do enough to control the “Freedom Convoy” protesters in the downtown area earlier this year. Since Sloly’s resignation, Steve Bell has temporarily filled the role.