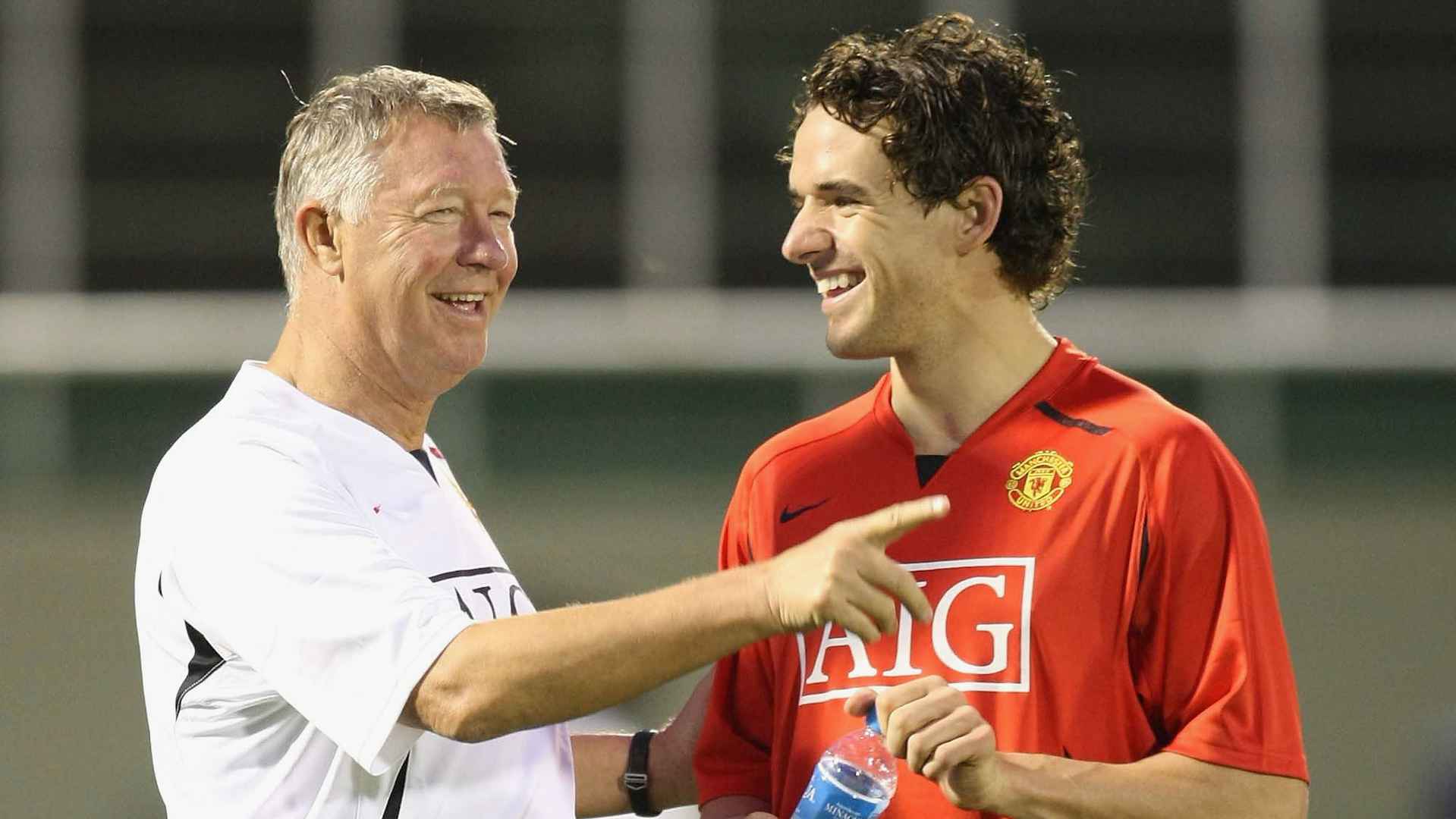 “I remember my first game, we played out City and we lost 1-0 at half time. We walked away and I was in midfield and Rio was behind me. And half is over, so you’re a little tired or something, and Rio [Ferdinand] jogged behind me and he said, “Owen, hurry up, the gaffer is going crazy.” I said ‘yeah, but it’s half time, I’m tired, I’m going in if’ [I get there]† He said, “Owen hurry.” Rio anticipated the gaffer would get angry, and we went in and he said the opposite. He said: ‘You played great. I don’t know how we lose. keep playing the way you play, [and] you win the game.’

“We didn’t win the game, but I’ve never forgotten that, because Rio is quite a character, isn’t it? Just the fact that he did [jogged in] know what could be [happen], it showed how much control Sir Alex had over the dressing room. I think that was so important because we just didn’t want to disappoint the boss. We all played with that intensity and he demanded it. I think the reason he signed someone was that he knew they would give it to him.

“One of the things he said to me, I’ll never forget, was, ‘Owen, we signed you to help us win the Champions League. You can be a part of that.’ That was one of the main reasons I wanted to come. [I wanted] to be part of this team, to play in this stadium, with these fans. That group of players we had was just out of this world. You just wanted to be a piece of the puzzle.”

The Owen Hargreaves episode of UTD Podcast will be available Monday on ManUtd.com and on the United App. YesYou can find all previous episodes here.