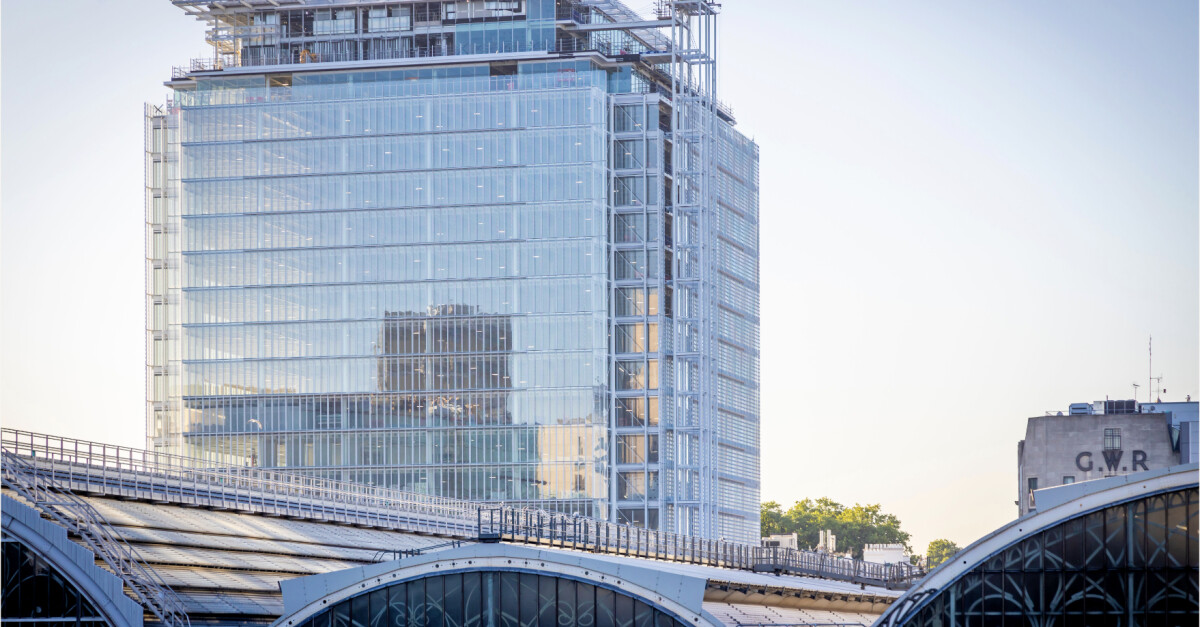 Sellar has announced on behalf of owners Great Western Developments Limited that 100 per cent of the office space in Paddington Square has been pre-let before completion later this year.

Capital Group, DS Smith plc and Kingfisher plc today confirmed that they have reached an agreement on terms to occupy space within the total 350,000 square feet of workspace at Paddington Square. The first residents will move their teams later in 2022, after the practical completion of the main building in early autumn.

All users and their guests have access to The Exchange on Level 2. Designed by Universal Design Studio, The Exchange reinterprets the traditional lobby as a series of distinct spaces that promote “collaboration, social engagement and personal well-being”.

James Sellar, CEO of Sellar, said: “To announce that the entire Paddington Square office space has been leased, ahead of its practical completion later this year, is testament to the quality of the building and its ability to meet user demand. into forward-looking workspace, served by multiple transport options, including Paddington’s newly opened Elizabeth Line station.

“This announcement is an important milestone for the project, which was designed and built during the global pandemic. We look forward to welcoming our first office occupiers to the building later this year and announcing more details about our retail and leisure brands in due course.”

Do you want to promote your product/service to SMEs in your region?

Find out how Bdaily can help →