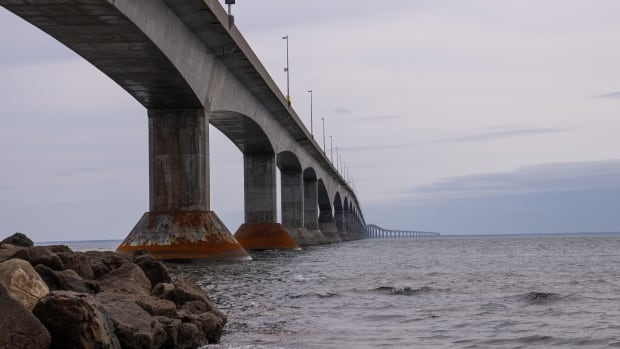 The PEI legislature voted unanimously to urge the federal government to change the name of the Confederation Bridge to Epekwitk Crossing.

PEI Prime Minister Dennis King filed the motion Friday, with support from leaders of the Official Green Opposition Party and the Liberal Party.

Epekwitk is the original name the Mi’kmaq gave to the land now known as Prince Edward Island.

Commenting on the motion, formally known as Motion 116, King thanked PEI Senators Brian Francis and Percy Downe for their work on the motion, as well as the opposition parties for their support.

“It is paramount that Indigenous Languages ​​are respected and recognized, especially as 2022 marks the beginning of the International Decade of Indigenous Language, drawing attention to the devastating loss of the Indigenous language due to colonialism and other factors says the motion.

Talking about next steps

When the bridge was built in the 1990s, a committee and the then provincial government recommended naming the bridge Abegweit Crossing (Abegweit is the anglicized version of Epekwitk) based on public submissions. The other choices were Confederation Bridge and Northumberland Strait Bridge.

King says he is in talks with Federal Secretary of Intergovernmental Affairs Dominic LeBlanc about next steps.

“Renaming the Confederation Bridge to Epektwik Crossing is a way for Prince Edward Island and Canada to demonstrate their commitment to upholding the rights of indigenous peoples, which are protected by the Constitution,” the motion said.

King said the name Abegweit is “anchored in all of our lives without us perhaps even knowing it.”

“To think about how we can bring that connection of all these years into the future and to give that name back to the connection we have to the mainland, where it’s so richly deserved to be, I think it’s …a very important step for using the process we have begun toward reconciliation, toward forgiveness and greater understanding.”