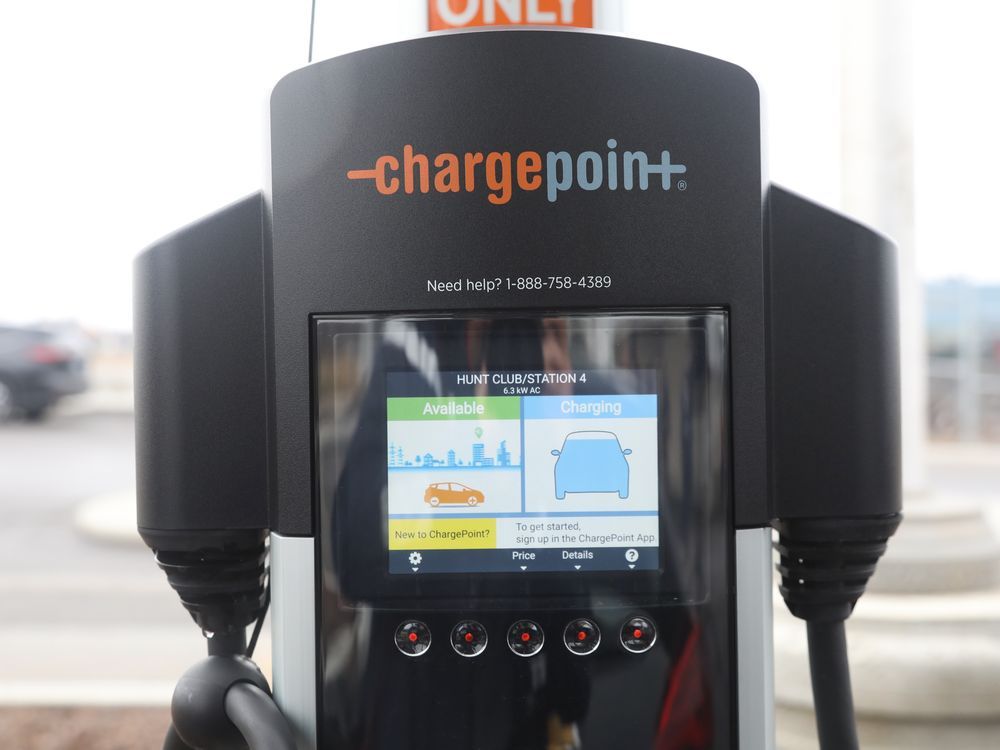 Governments are trying to persuade people to switch from gas cars to electric cars. A good goal, except for one thing: electric cars remain cars. We need fewer on the road.

You may have noticed them already; they kind of look like a sci-fi version of a public phone minus the booth. They are part of a recent, if somewhat delayed, effort by the City of Ottawa to put public charging stations for electric vehicles on the map. And it gives me ideas.

I have no problem with charging points for EVs. They are certainly less ugly and smaller than traditional gas stations. A lot cheaper to use too, regardless of who pays the bill. As for the cost to consumers, Mitchell House, project manager for the city’s environmental program, says electric vehicle owners can expect to pay $2 an hour to use those stations. Cheaper than gas, by a huge margin.

Where to put them will undoubtedly lead to some small-scale bickering, but nothing serious enough to break the news barrier. We now have 24 stations across the Somerset, Rideau-Rockliffe, Rideau-Vanier, Kitchissippi and River wards. Don Herweyer, director of economic development and long-term planning at the city, was quoted in media stories as having been installed in higher-density inner-city neighborhoods to “maximize potential revenue” — which seems odd to me because revenue is determined by how many cars are plugged in, not by people. But what do I know?

Actually, I know, from casual observation, that there are also plenty of electric cars in the suburbs. But, of course, it’s a lot easier to install your own charging station in the garage of your suburban single-family home than it is to get permission to mount one in the parking garage of an apartment or condominium.

This is part of our efforts to reduce greenhouse gas emissions by encouraging people to switch from gas-powered cars to electric cars. A good goal, except for one thing: electric cars remain cars. The solution to our traffic, climate and safety problems requires us to reduce the number of cars on the road, not to play with their power source.

Cars are sometimes incredibly convenient. But not nearly as often as you think. Most of the time our cars don’t run, and I don’t mean just when you’re stuck on that detour at construction. The most common occupation of a car in North America is to prevent the asphalt underneath from spontaneously flying away.

My car is usually parked. So is yours. According to a study published in 2016, cars are parked an average of 95 percent of the time. I highly doubt those numbers have changed since then.

If nothing else, this is an incredible waste of resources, both in cost of ownership and real estate. What could we do with all this space instead that would bring us more happiness and economic benefits? What if we could use our collective brain cells to find a way to come up with a solution that would give people the convenience of using a car without the costs, headaches and inconveniences of parking?

You can rent one, of course – the traditional way or by using a car-sharing service suitable for the environmentally conscious who only need something once a week to do their shopping. These are great options, but they require planning and we humans prefer the convenience of not having to think ahead. That’s why dockless e-scooters are so popular.

We could do the same with cars on the road, except with docks and, oh look, we already have roads for them to travel. What we need is a car service like the BIXI-type bike rentals that cool cities have (and Ottawa played with it for a while). Unlock a car with your phone, use it for what you need, drop it off at another docking station. We could use existing parking lots to store and charge them all over the city.

Electric vehicles are okay, but not nearly enough. The perfect solution is a mix of measures, including free, reliable and frequent transport, to reduce the perceived need for private — and private — mainly stationary vehicles. We just have to be a little cheeky in our thinking.

Brigitte Pellerin is a writer from Ottawa.