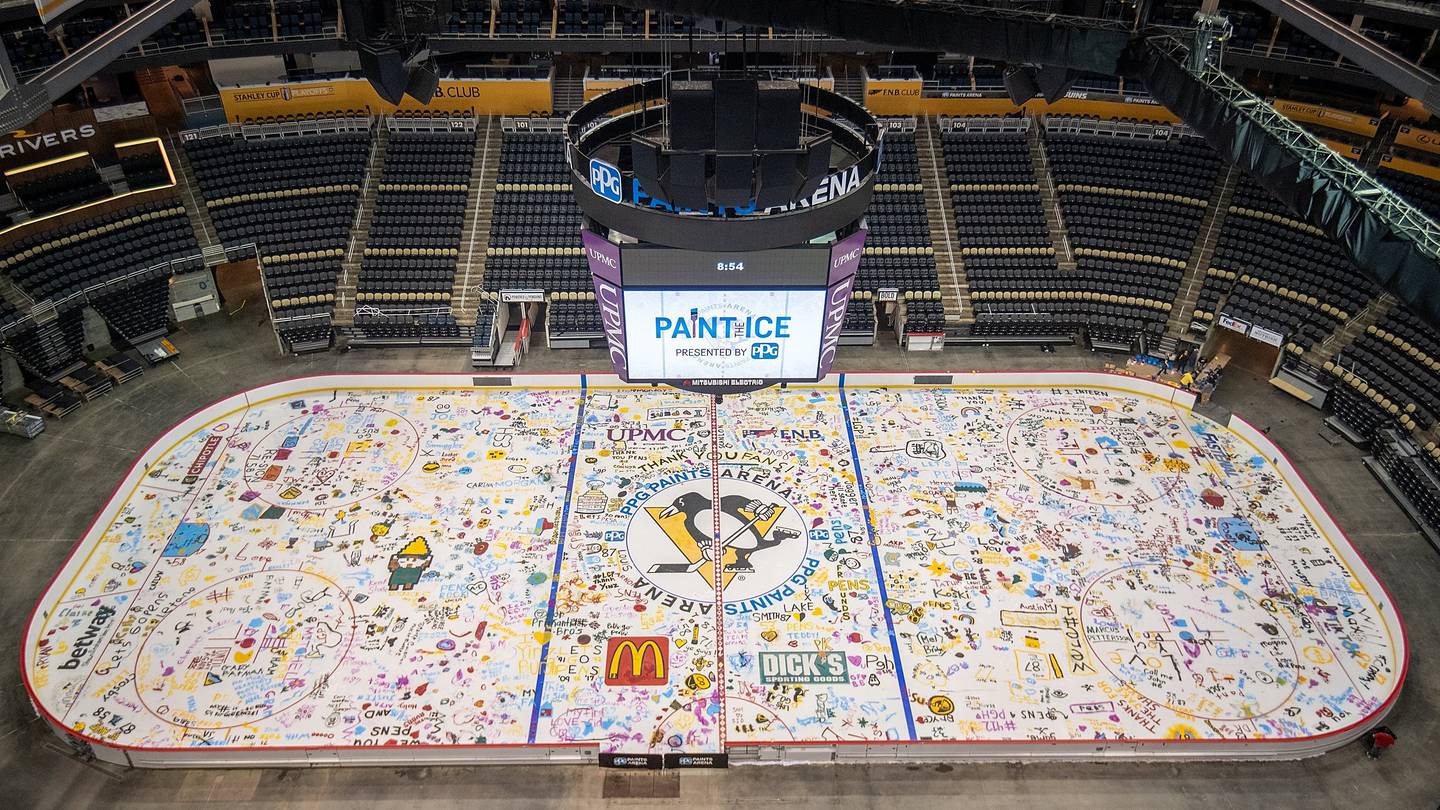 PITTSBURGH — Season keepers of the Pittsburgh Penguins were able to express their creativity by painting their own ice rink.

With Penguin’s season ending Sunday night in game seven against the New York Rangers, the PPG Paints Arena won’t need ice until the start of next season.

According to our partners at TribLIVE.com, season ticket holders were invited to use the ice as a cold canvas to spread messages and art.

This was the Penguins’ first time hosting the event since the start of the COVID-19 pandemic.

Drawings of current and past players were added to the ice, along with “thank you” messages to the players for their performance throughout the season. Pittsburgh slang could also be seen on the ice, such as the infamous “yinz.” Iceberg the Penguin also managed to land a portrait on the ice.

Some fans left their own stories, left names and even played tic-tac-toe.

“Spectacular creativity and unwavering support. Shoutout to all season ticket holders who attended last night’s Paint the Ice event hosted by PPG,” the Penguins said in a tweet.