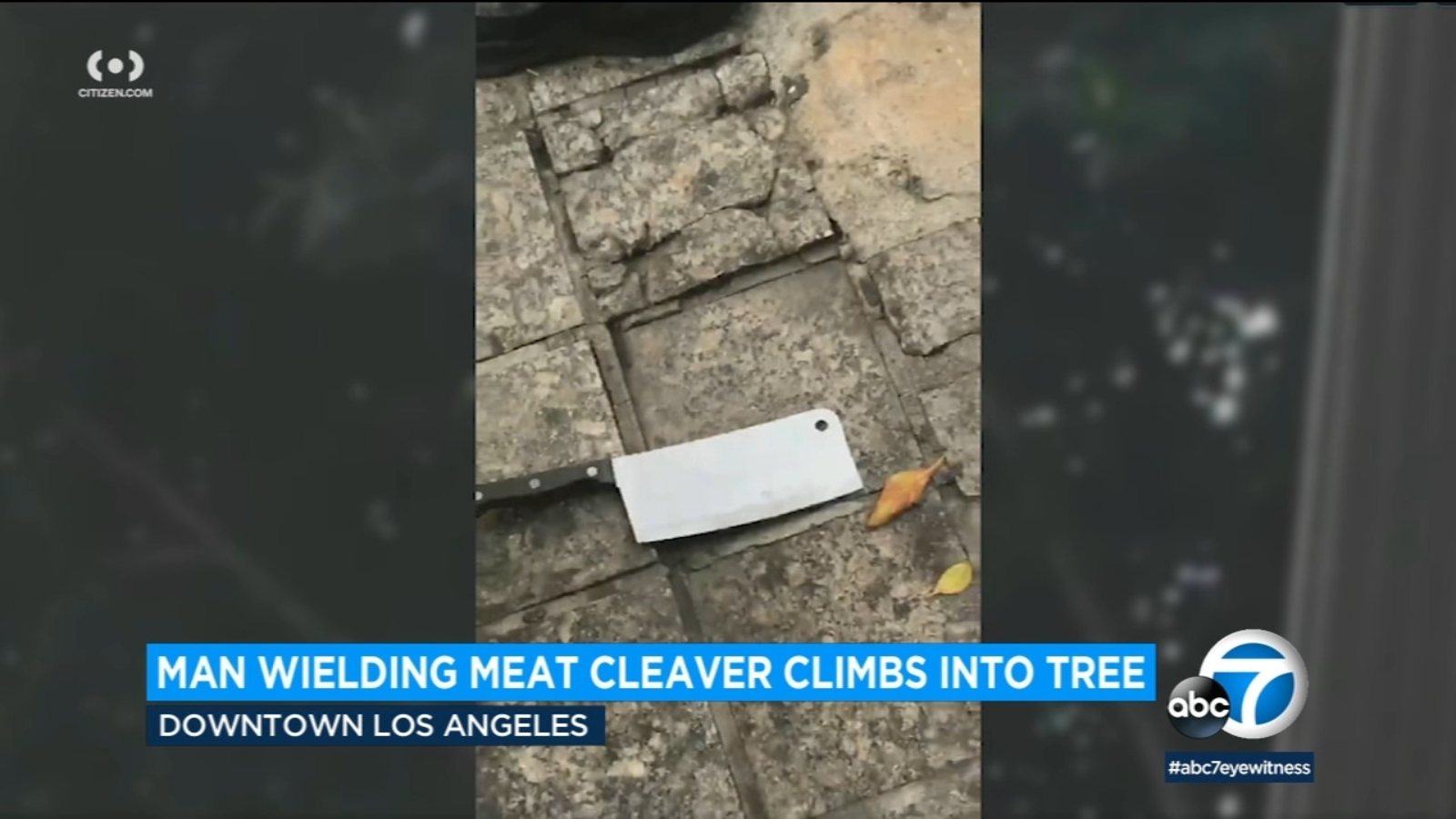 DOWNTOWN LOS ANGELES (KABC) — People strolling through downtown Los Angeles on Saturday afternoon were shocked to find a man hiding in a tree with a meat chopper.

It happened around 3 p.m. near 7th and Flower Street when police received calls from a man climbing a tree near a business.

According to police, the man – described only as a Hispanic man in his 20s – brandished a meat cleaver and chopped down branches, allegedly scaring people.

After nearly four hours, the man finally climbed down and was arrested.

Police told Eyewitness News that he had been taken for a psychiatric evaluation and an overdose check.

Police said the man did not threaten anyone.