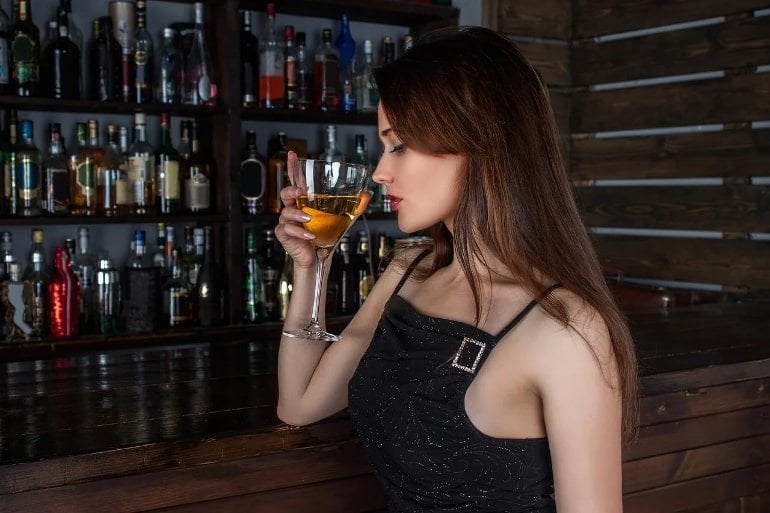 Perfectionist traits — higher self-criticism and unrealistic standards that lead to isolation — are associated with severe alcohol use disorder (AUD), according to the first study directly comparing patients with AUD to a healthy control group.

Perfectionists strive for unrealistic performance standards and are prone to self-criticism. These goals generate feelings of failure, and—if they cannot achieve the standards others expect of them—social disconnection.

Perfectionism is known to increase vulnerability to stress and depression, but its role in severe AUD has not been fully explored.

There is some evidence that perfectionist young adults drink less frequently than their peers. Some other studies showed that perfectionism is associated with high impulsivity and decreased impulse control, factors involved in AUD, and that perfectionist people may self-medicate with alcohol in an attempt to overcome social anxiety or feelings of inadequacy.

For a study in Alcoholism: Clinical and Experimental Researchresearchers in Belgium examined associations between perfectionist traits and severe AUD.

Researchers worked with 65 adults with severe AUD undergoing inpatient detoxification and 65 healthy adults who were matched for gender and age. The participants completed questionnaires that evaluated three dimensions of perfectionism.

Self-directed perfectionism involves exaggerated performance standards set for oneself (for example, “One of my goals is to be perfect in everything I do”). Socially prescribed perfectionism is generated by the perceived expectations of others (eg, “People expect nothing less than perfection from me”).

Other-oriented perfectionism involves setting high standards for others (for example, “I have high expectations of the people who are important to me”).

The researchers also evaluated participants’ depressive symptoms, state anxiety (transient anxiety experienced in a specific situation), and pull anxiety (anxiety that generalizes to a person’s broad experience). The researchers used statistical analysis to look for links between these factors.

Severe AUD was associated with unrealistic personal standards and increased sensitivity to the expectations of others, even after considering the role of depressive symptoms and anxiety, but not being demanding of others.

This is consistent with what is known about self-related and interpersonal factors in severe AUD, such as decreased self-esteem, a tendency to self-blame, and a divergence between people’s ideal and real selves.

Perfectionists may see an exaggerated gap between their own high standards and alcohol-related consequences for fear of academic or professional failure.

The study results also suggest that self-directed perfectionism in severe AUD is higher in men and those with higher education. They also support previous evidence that perfectionism is associated with less daily alcohol consumption in moderate drinkers.

Given the potential role of perfectionism in developing and maintaining severe AUD, it may be a valuable treatment target, researchers concluded.

They recommend additional research into the various dimensions of perfectionism in AUD, including whether high perfectionism reduces treatment effectiveness, and the causal links between perfectionism, impulsivity, and self-blame.

About this research news on alcohol use disorder

Sixty-five recently detoxified patients with SAUD and 65 matched controls completed a perfectionism questionnaire (the Hewitt Multidimensional Perfectionism Scale), along with measures of psychopathology.

SAUD was associated with more self-directed and socially prescribed perfectionism, with no group differences for other-oriented perfectionism. This differential pattern persisted when controlling for depression and anxiety levels, and there was no correlation with alcohol consumption.

This particular perfectionist profile is consistent with that of previous studies showing lower self-evaluation (eg, higher self-blame and decreased self-esteem) and decreased social cognition (eg, unrealistic social norms and greater social isolation) in SAUD. Given its potential role in the development and maintenance of SAUD, perfectionism may be a valuable treatment target in patients with this condition.